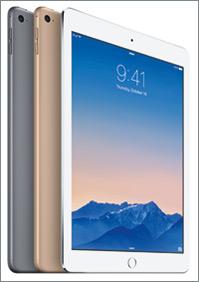 At some point I hope we get beyond having the tech press review technology. These gadgets are becoming too important to our everyday lives to be evaluated by their longstanding definitions of “innovation” and “productivity.” To wit, if you evaluate this year’s iPad Air 2 from the perspective of people looking for an excuse to spend more money on technical wizardry (basically the tech press’ perspective), then Apple’s newest tablet is a disappointment.

While Apple loves to impress the techies as much as any company in the space, its recent iterative calendar of product advances is aimed more at the renewal cycles its consumers follow. Like last year’s iPhone 5S, this year’s iPad Air 2 is not targeting the annual upgrade crowd so much as the more realistic and larger market of people on two- and three-year renewal cycles and those looking to leap into the market.

As I played around with the Air 2 over the last day, I am less and less interested in whether this model represents an “innovative” leap toward the multitasking tablet-as-laptop scenario some techies seem to target or the craving for some new unexpected feature. While I have seen some people using iPads as laptop replacements, I don’t think the Mini and standard iterations of the line or iOS as it stand are destined to satisfy that desire. These are media consumption devices, and most of the design changes in them indicate Apple knows this too.

The thinness of the new model points to the value that really is driving Apple with the iPad -- transparency of experience. Increasingly the iPad is designed to feel like a screen disembodied from supporting technology. Years ago, Gorilla Glass maker Corning put out a long video envisioning future tablets that seemed wafer thin and transparent windows the user held up to the world. While the Air 2 aims in that direction, it is not there quite yet. The difference in weight between the original Air and this one is imperceptible to me, even though the thinness makes it feel ever so more portable. The design is aimed at reducing fatigue, minimizing the late-night head clunk from a tipping iPad. Get rid of the technology and optimize against experience.

The new laminated and less reflective LCD screen also has something of this effect. The content pops off the device just a little bit more than previous iPads. There is a greater sense of its presence as the images and text feel less trapped behind glass. Curiously, and perhaps unintentionally, the thin design results in another more present channel of experience -- audio. Unlike any other tablet I have used, the Air 2 vibrates noticeably from even standard audio tracks. I can’t tell yet whether this is a net positive or negative. The experience is unnatural. Action sound effects produce expected tactile feedback, not everyday voices. And even if overall audio rendering is improved on this model, a vibrating voice can give an otherwise polished device seem tinny and too thin.

While tech-oriented reviewers often point to productivity as the next expected step for innovation, I think Apple is coming up short in developing the media experience itself. On a hardware level, the advances in the Air 2 are not minor. The hardware mavens looking for higher resolution are just being silly at this point. I have tablets with higher PPI than the Air 2, and there is no discernable difference among them. The speed of both the process or and WiFi do, however, improve things that matter. We are fast approaching console-quality gaming on tablets. Complex titles like BioShock play with glass smoothness on this hardware now. The bump up to 801.11 AC wireless protocols combined with processing do a few things. Web pages simply snap up now no matter where I am in my home. Moreover, once all elements of a home theater get on the same AC channel, device-to-device communications like AirPlay will create new experiences. For a great many less hardcore players, I am guessing that smartphones and tablets will soon be the hub of gaming, which the player can throw to any screen they want from the device.

While other reviewers are faulting Apple for not innovating the tablet toward greater productivity, I go in the opposite direction. I am disappointed they won’t take more of a lead in deepening and rethinking the media experience itself on handheld devices. As I have written about before here, I think Amazon is focusing more on enhancing the reading and video viewing moment much more aggressively and creatively than Apple. Its X-ray enhancements to movie and TV watching as well as Kindle books are extending the idea of “personal media” which the hardware invites.

It is not about the hardware anymore. It is about media experiences and how the mobility of the devices and the personalization of the choices and consumption help us rethink what watching a film or reading a book can be. Show me what that looks like.