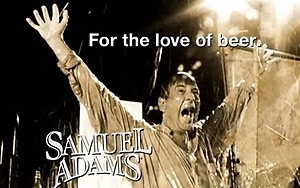 The explosion of microbreweries and “serious” beer drinkers is changing the tone of some mainstream brand's beer marketing, according to Phoenix Marketing International.

While some beer advertisers continue to take a “slapstick” tone, the most successful brands have been targeting drinkers with more discerning palates by making the beer itself the star of the show. The shift is due to microbreweries that focus on “expertly crafted” beers that aim to elevate the drinking experience for consumers.

The most persuasive beer advertising, ads that move consumers towards purchasing a brand, has shifted towards messaging about beer itself, while ads focused on style like immature humor and party situations are falling short, says Josh Berger, senior research director at Phoenix Marketing International.

For example, the top campaign of 2014, according to the company’s AdPi Beer Audit, is Sam Adams and its “For The Love of Beer” campaign, which is showing a category-leading 40% lift to consideration. Using a slice-of-life, testimonial format, consumers are challenged to reconsider a brand they may have otherwise dismissed.

“Samuel Adams himself may have been a revolutionary, but the way that the brand is speaking to customers these days is far from it, Berger tells Marketing Daily. “Quite simply, they know they have a great product and aim to make their beer the star of every ad.”

In contrast, brands that have traded off substance for style are leaving consumers saying, “Okay, great, but why should I drink your brand?” he says.

“Specifically, Bud Light Platinum is really struggling to resonate with its ‘Turn Up Your Night’campaign,” Berger says. “The ad aims to associate the brand with a party atmosphere using popular electronic dance music, but in doing so fails to give a compelling reason to choose BL Platinum over all the other drink options available to partiers.”

Ads from the brand launch in 2012 did a better job of balancing this “night out” message with product-driven support, but have since focused solely on the party, he adds.

“For a very different reason, Coors Light flopped this summer with ads supporting their Summer Brew,  a new citrus-infused light beer,” Berger says. “The creative format fit with expectations for the brand, but the product itself was so divergent from the core beer, that it actively turned people away from trying the product.”

Microbreweries are not a fad, Berger says.

“The proof is in the way that the mainstream players have changed their own behavior in the face of increased competition for share of throat,” he says.

Craft brands are being scooped up by the big players at a frenzied pace as brands like Blue Moon and Goose Island have been purchased by the AB InBev and MillerCoors of the world, he says.

“The big guys then do their best to disassociate the parent name with the ‘craft’ brand they have purchased as the perception of small batch brewing enhances the brand,” Berger says. “Secondly, the explosion of microbreweries has trained beer drinkers to have more discerning palates and encourages individuals to have their own unique tastes.”

In addition to microbrews, another emerging trend in the category is the explosion of hard cider, Berger says.

Hard cider has doubled its share of TV spend since last year and now represents over 10% of the beer category. Johnny Appleseed, Smith & Forge and Strongbow have joined Angry Orchard, Crispin, Redd’s and Stella Cidre as major players racing to differentiate themselves within this trending category.

“This actually speaks to another macro trend that the ‘beer category’ is really the wrong way for brands to be thinking about their competition,” Berger says. “We are in a place where a better mindset for brands is to think about winning ‘occasions’ against not just beer, but spirits, wine, cider, and flavored malt beverages.”