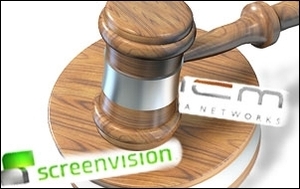 The planned merger between the country’s two largest cinema advertising networks, National CineMedia and Screenvision, has run into trouble — a lawsuit by the U.S. Department of Justice, which is suing to block the deal on antitrust grounds. The companies plan to fight the lawsuit in court, which could end up delaying the deal until well into next year — if it’s allowed to proceed at all.

Lawyers for the DOJ filed the lawsuit to stop the merger betweenNCM and Screenvision in the U.S. District Court in New York on Monday morning. In filing the suit, Assistant Attorney General Bill Baer stated: “The proposed combination of NCM and Screenvision is a bad deal for movie theaters, advertisers and consumers. This merger to monopoly is exactly the type of transaction the antitrust laws were designed to prohibit. If this deal is allowed to proceed, the benefits of competition will be lost, depriving theaters and advertisers of options for cinema advertising network services and risking higher prices to moviegoer.”

Among other things, the DOJ warned that a merger would give NCM and Screenvision monopolistic power when negotiating affiliate agreements with independent theaters and setting rates for advertising clients. The DOJ added that theaters might then be forced to pass these costs on to consumers in the form of higher ticket prices.

Both companies fired back immediately, with NCM chairman and CEO Kurt Hall stating: “I am obviously very disappointed that the DOJ did not see the benefits of the new combined company to our advertising clients and their agencies and our exhibitor partners. We look forward to demonstrating those benefits.”

Hall argued that the merger would actually be beneficial to theater owners: “Combining NCM and Screenvision will enable us to offer advertisers a better product with the broader reach, ubiquitous geographic coverage, more advertising impressions, enhanced targeting capability, and lower costs that advertising clients and their agencies seek. With a better product we will generate more advertising revenue for our theater circuit partners.”

NCM and Screenvision both face growing competition from cable, online and mobile video advertising, and say they need to offer comparable geographic reach to compete with new media when wooing national advertisers -- reach which can only be achieved by combining their assets. They claim the merger would also enable them to offer enhanced targeting by demographic characteristics like age and gender, another necessity to compete with highly targeted new media.

The companies first revealed their intention to merge in May of this year. Under the terms of the proposed deal, National CineMedia Inc. (NCMI) would pay $375 million for Screenvision. NCMI is the independent holding company created by a consortium of major theater chains to manage their ad business; it owns 45.8% of National CineMedia LLC, (NCM LLC), which in turn operates NCM Media Networks. NCMI would then contribute Screenvision’s assets to NCM LLC, completing the merger.

The combined NCM-Screenvision network would include theater affiliates in nearly all 210 DMAs across the U.S., consisting of 3,900 theaters with over 34,000 screens, and a total annual audience of 1.1 billion moviegoers.