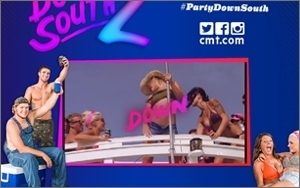 I have been whining for years about the regressive nature of the app infrastructure. For all of the wonderful design and functionality of mobile apps, their siloed nature and inability to cross-link effectively always struck me, relegating the mobile platform to a pre-Internet world of PCs with their discrete software applications. This is changing rapidly as both Android and iOS operating systems allow for app indexing to make their contents more visible at the system search level. Likewise, deep-linking is finally becoming familiar to developers so that apps and other forms of mobile content actually can link into specific pages of apps that most of us already have on our decks.

For advertisers, deep-linking is also poised to become an incredibly powerful way to make the ads themselves into utilities that actually streamline tasks for people rather than just directing them to landing pages. To wit, CMT is using a new technique from AdTheorent that lets ads for their reality series "Party Down South 2" set your DVR to record the show straight from your smartphone.

The campaign, which launched last week, has an ad unit that when clicked can detect DVR apps on your phone from among Verizon FiOS, DirectTV and Time Warner. It is a neat trick, since more deep-linking is searching for a specific page in a single app. AdTheorent CEO and Founder Anthony Iacovone tells me that the technology searches for multiple possible apps on a phone. If it doesn’t find one of the possible apps, it just looks for another. “This creates a seamless user experience and ensures that the user does not receive any error messages.” The add can click into the DVR app to let the user set record for the premiere show or for the full season.

This particular click-to-DVR model works especially well for this show, because playback viewers for the series increased 64% in Season Two. "Party Down South" is one of the most successful original series CMT has, and it is especially strong among digital-heavy Millennials. And even though the click-to-DVR functionality of the campaign works with a select range of cable and satellite providers, CMT Director of Consumer Marketing Mary Kate Miller tells us that those apps map well against her target audience. FiOS, DirectTV and Time Warner “represent 41% of CMT’s viewers (based on Season Two of 'Party Down South'),” she says. “Over 2.8MM users would be exposed to the ‘set-to-DVR’ functionality in the expandable state (based on AdTheorent’s expansion rate benchmark).  The unit is new to the market and we are confident that, due to changing viewer habits and the DVR success for this series, this functionality will result in high engagement.”

I think the most exciting aspect of deep-linking across ads and apps is the potential for making ads do things for consumers rather than just interrupt or hijack the flow of what the user is already involved in doing. In addition to whining about the fundamental brokenness of an app infrastructure I have also wondered in these pages about why ads can’t have a save-for-later function so mobile users have a greater range of options than click or ignore. Granted, this click-to-DVR unit still does hijack the user to another app, but it is for a purpose that consumer clearly already desires.

Imagine if the net effect of mobile migration was to get advertising to embrace truly the power and feature set of handheld computers and think harder about how distant they are from the mass media of the last century. TV, film, radio and print were immersive, mass media forms that people absorbed. Interruptive, display advertising fit that experience. The devices that are slowly replacing these experiences are highly functional tools in our minute-to-minute existence. Isn’t it time advertisers stopped mashing an old media model into a wholly new one that demands not just new ad units but different thinking about what an ad should do. If advertising wants to fit into the mobile media as people really use and experience it, then it needs to get as functional, useful, handy and convenient as the devices themselves.