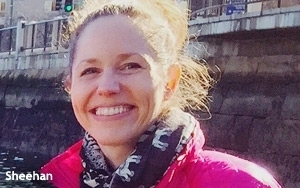 There are a lot of new faces around Allen & Gerritsen's Boston office. The advertising agency has hired eight full-time team members to support new projects with existing clients and new business wins, including First Citizens Bank, Shure and Meetup.

Two of these hires – Catherine Sheehan SVP, Business Leadership and Steph Parker, Activation Strategist – are returning for their second stint with A&G.

Sheehan's role at the agency will oversee all of the B2B account relationships. She replaces Scott Sneath who was promoted to Managing Director, Boston. She began her A&G career in 2007 before leaving in 2012 to work at mcgarrybowen and Hill Holliday.

Parker returns to A&G after previously working in the Philadelphia office from 2011 until 2013 and will specialize in making "digital content come to life."

The new talent joining the team includes Kim Angelovich as Supervisor, Business Leadership, who will be focused primarily on the Friendly’s account. Megan Shaughnessy has been named Supervisor, Business Leadership. Jack Demanche joins A&G as an Activation Strategist and will develop content strategies for brands like Friendly’s, Hannaford, and Blue Cross Blue Shield of Massachusetts.

These hires follow an earlier announcement the A&G was adding 16 new hires to the Philadelphia office.

“At A&G we promote a fearless culture, which both current and future employees crave,” said Andrew Graff, CEO of Allen & Gerritsen. “We’re always searching for talent that embodies our agency’s motto of inventiveness, and we couldn’t be prouder to announce six new additions to the team – and two returning team members.”
advertising, agency, boston, employment
Next story loading