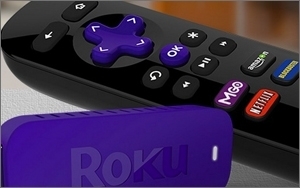 The novelty of the new will spur consumers’ holiday consumer electronics purchases this year.

In the streaming media category, the emergence of streaming media sticks, such as Google’s Chromecast and Roku’s HDMI streaming stick (along with Amazon’s Fire TV stick, which won’t be available until January), could goose the category. In particular, the Roku stick, which has the same functionality as its Roku 3 player, could really capture consumers’ attention.

Meanwhile, when it comes to smartwatches, the Apple Watch (previewed at an October event, but not yet available), ignited interest in the category, Kraus says. While it's likely that Apple loyalists will wait until the watch is released before purchasing a smartwatch, many other consumers will be looking for other brand smartwatches this holiday season.

“If you’re set on Apple, you’ll wait,” Kraus says. “But it’s a great small holiday gift, and it’s something new to put under the tree.”

Those two categories will be the strongest for the consumer electronics sector, Krauss says, as intentions to buy other products such as tablets, laptops, televisions and gaming consoles are either flat or down, according to Parks’ research. Tablets, Kraus says, have hit a flat adoption rate, where consumers will replace them as needed, and there’s no new gaming platform to excite gamers this holiday season (unlike last year, when both Sony and Microsoft issued updated gaming consoles).

“[4K] TV adoption has been modest,” she says. “They’re new to the market. They’re going to be adopted on a flat-panel replacement rate.”