Life Of The Party: Agency Will Scrutinize Art Director Candidate At Its Vegas Holiday Bash 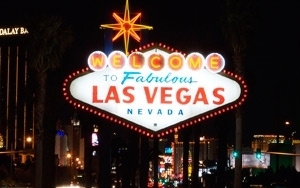 Some agencies post job openings via CraigsList. Others use LinkedIn or Twitter. TDA_Boulder is taking its search for a new art director to another state.

In an effort this week to identify and hire “an art director we will want to work with," executives are inviting a candidate to its all-agency, three-day, two-night Vegas holiday party next month.
Airfare, food, lodging, golf and/or spa included. Work not included.

This week, TDA_Boulder is emailing selected individuals and creative schools an invitation to “Apply for the Best/Worst job interview ever.”

The invitation comes in the form of a fingerprint card for the Clark County (Las Vegas) Sheriff Department with text that reads: “There’s only so much you can learn about an applicant over the course of an hour-long interview. Which is why TDA_Boulder [will be] bringing you along on our two-day holiday party in Las Vegas. Given that Vegas has a tendency to bring out the best (and worst) in people, it’s the perfect proving ground for anyone who’d like to work at TDA.”

Then, TDA will conduct interviews, via Skype, to select one candidate for its open art director position. This candidate will then be invited to join them in Vegas.

While flying a candidate to Vegas may seem unusual for an agency based in Colorado, agency executives actually say this process isn't that much of an increased investment.

“We thought it would be a great way to interview someone and really get to know them," says TDA_Boulder Principal and Executive Creative Director Jonathan Schoenberg. "It’s not really trouble because we’d already be flying them to Boulder to interview. So now the plane ticket reads Vegas.”

The process is on-going. Interested candidates who did not receive an invitation already are asked to email the agency by December 3.