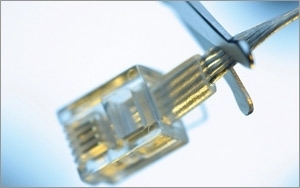 Consumers continue to push for cable TV providers to be more a la carte — for all their entertainment/media needs.

A new study says nearly 26% of new customers want Internet-service only, with 22% asking for cable-only service, according to Marchex, a Seattle-based mobile advertising technology company, which processed anonymous data from 1.1 million consumer phone calls placed to cable providers in 2014.

Marchex says this suggests more consumers are interested in an a la carte pay TV model.

As further evidence of wanting more a la carte options, the survey revealed nearly 40% of consumers asked providers about paying for specific channels. Of those, 47% wanted premium programming: HBO, Showtime or Starz. There was also a high level of interest in sports networks. In particular, 20% asked for ESPN; 4% for Fox Sports.

Citing other research, nScreenMedia shows that 84% who have “cut the cord” are “at least somewhat happy with their decision” and 37% say they don’t want return to a traditional pay TV service.