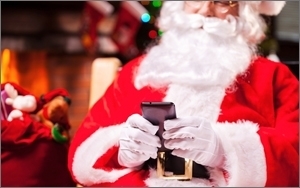 Nothing speaks to the intimacy and indispensability of mobile devices than our relentless need to accessorize. Getting just the right case, earpiece or headphones for our smartphones and tablets is often a more involved and disappointing process than hunting the phone itself.

My own drawers are full of failed solutions that looked awfully good in the bubble pack. Here are some of the add-ons that have stood out for me in recent months and remained part of the everyday arsenal. Of all the review units I have been sent free this year, these are the handful that impressed me as most useful. They are part of this list only because I think they are worth mentioning.

It is bad enough that Bluetooth-enabled smartphones have made formerly schizophrenic behavior socially acceptable. As much as I loathe the social dislocation symbolized by people walking down the street talking into thin air, it is only marginally worse than the sheer dweebiness of people wearing obtrusive Bluetooth headsets.

To counter that issue, there's the Motorola Moto Hint, hands-down my favorite communicator on a number of levels. It fits nigh-invisibly into the ear itself (with custom shells, no less), so there is no mouthpiece jutting out onto your jaw. Even so, voice pickup is just fine. When put into the ear it automatically activates without cryptic taps, and transfers activity back to the phone when you take it out. The really ingenious part is that the Moto Hint comes in a case that doubles as battery backup. You slip the device into the case -- which is the charger and holds two extra charges to get up to ten hours of talk. Brilliant.

But the Hint becomes near-magical when paired with the new Moto X phone. Then it becomes a voice assistant that responds to search queries, makes calls, sends texts, etc., without taps. This is a truly interesting innovation. It points to concierge-like mobile service and the transformation of search into a fully integrated life service. Honestly, after a month with this communicator, I wouldn’t consider downgrading to anything else.

With higher bandwidth and greater storage, the mobile phone has become much more than a good enough music player. It is now the repository of much of my library, with playback substantial enough for both immersive and nuanced experiences. Garden-variety headphones don’t cut it anymore, and the Apple earbud remains useless for anyone engaging in athletic activity.

I have been enjoying two headset solutions with different strengths in recent months. One of my all-time favorite manufacturers of headphones, Etymotic, has its roots in hearing protection and in-ear audio solutions. It shows. The comany's hf3 in-ear phones are staggeringly accurate. They do sit quite deep into the ear, so I tend to rely on them for serious listening in repose. But these mini-cans do not color the music or introduce phony bass for the faux-club feel. These are for aficionados who want to hear every detail of the track. They are the kind of headphones that send you back to re-listen to favorites and extract background detail you never heard before. And they have a decent mike pick up as well, so they can handle calling just fine.

For gym use with good sound-isolating properties, I have been using the Shure SE215s. These are especially good for running and working out, since they use a spongy earpiece, a wrap-around ear loop, and a design that lodges into the ear itself to make the headphones as secure as any I have used. Moreover, the cable is detachable from the earpieces themselves. By making the cable replaceable, Shure may be eliminating one of the most common sources of headphone failure: the connection to the earpiece itself. Just about every set of headphones I have owned for phones and iPods in the last decade have had one of the two earpieces fail before the other. Sound quality of the Shures is good and rich, if not as accurate and neutral as the Etymotics. The only downside is that they are truly isolating headphones, and popping them in and out of your ear is not trivial.

The search goes on for the right case for the behemoth iPhone 6 Plus. I continue to ride it naked, so to speak, not wanting to give up any of the thinness and the ease with which it slips into a front pocket. It is borderline impossible to use the device at the gym, however. A Griffin Trainer armband for the Plus makes gym and running use feasible, if not especially stylish. The phone needs to get squeezed into the stretch pocket, not an easy process, and it has a touch-sensitive window for navigation. But in reality, once this thing is strapped to your arm, getting to the face of the phone is nigh impossible. And then there's the sheer silliness of strapping a mini-computer to your arm.

The waistband might be a better place to sport your Plus at the gym. If you are into optimum protection, then the Crusta line of 4-layer encasement will add a lot of bulk but will also baby your high-end phone like no other. The hard shell snap-in case is just the beginning. There is also a tempered glass screen layer and a plastic back plane. Plus there is a rubberized outer bumper that can be slipped into a hard plastic holder with a clip-on to secure it to a belt or other surface. Crusta says the system will protect the phone from a six-foot drop and that its rubberized casings will also keep out dust and debris. As you may have guessed, this is not a pocketable solution -- but it is nearly bullet-proof. I am trying to find a good place to use it in the car, since its case could serve as a permanent dashboard fixture to which you just clip in the cased phone. If you positively can’t stand the prospect of marring that expensive smartphone, and you have a sturdy waistband or large handbag to carry it the Crusta, then this armored phablet solution is the ultimate.

Mobile accessories are statements about our relationship to the devices we own, and so may be more personal and idiosyncratic than the devices themselves. This fact makes gift-buying treacherous at best, because it requires some understanding of the recipient and his/her everyday phone use. Yeah, good luck with that.