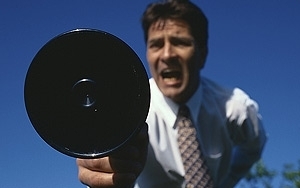 Baidu has revealed the first results of a test to improve speech recognition. In a paper published today on Cornell University Library's site, arXiv.org, members of the search engine's research team -- which includes one former Google executive -- said they have created a new method of more accurately recognizing speech. Baidu's Deep Speech beat other methods such as those offered by Apple, Google and Microsoft on standard benchmarks that measure the error rate of speech recognition systems.

Artificial intelligence expert Andrew Ng leads the project. He joined the Chinese Internet company Baidu in May as chief scientist. Ng worked on the Google Brain project, which developed deep learning algorithms. Along with his role at Baidu, NG serves as an associate professor of computer science at Stanford, and chairman and co-founder of Coursera. Advancements in speech recognition and deep learning will advance a variety of media from native advertising such as Yahoo Gemini to video search on YouTube and ordering systems like Dominos Pizza.

Steve Gibson, client director of search at advertising agency Initiative, made some interesting points during a presentation at the most recent MediaPost Search Insider Summit. He told attendees that while search had generally been a request, voice search makes it more of a command that turns into a conversation with the device and the brand.

Voice search creates a search without a search engine results page. Does the thought process change when speaking a search term, although intent may remain the same as typing in a query? Many of the new terms, based on voice search, may include "find," "near me," "look for," "go to," and "show me."

Gibson, who works on the Hyundai, Kia, Best Western and other accounts, also wants the ability to identify voice searches from those being typed into a query box -- something query reports at Google, Bing, and Yahoo lack today.