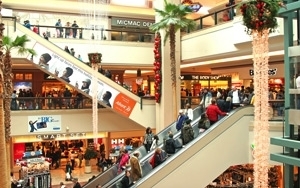 Get ready for even more digital out-of-home advertising in malls, courtesy of mall owner CBL Properties, which is deploying a DOOH ad network to 30 large malls across the U.S., with plans to add another 60 malls before long.

The ad network will consist of digital interactive kiosks located in high-traffic areas offering shoppers wayfinding and directory information for stores and services using a touchscreen interface. The kiosks, manufactured by Visionstate, will also feature a large screen carrying ads alongside the interactive display. CBL plans to hand ad sales representation responsibilities for the network off to a partner.

The fourth-largest shopping mall real estate investment trust in the U.S., CBL operates 130 properties throughout the country, including enclosed and open-air centers, with the majority concentrated in the south and Midwest.

The CBL announcement caps another busy year for mall-based media. In September Adspace Networks announced the addition of nine new venues to its mall portfolio, bringing the total to 222 malls across the U.S. The latest round of additions included The Mall at Bay Plaza, the first new enclosed mall to open in New York City in almost four decades.

In June Adspace partnered with cinema advertiser National CineMedia and Cinema Scene, which reaches moviegoers in theater lobbies via its Trailervision network, in a joint selling agreement that will enable advertisers to create coordinated campaigns combining assets from all three networks.

"Shoppers at the Mall" photo from Shutterstock