A Final Farewell To The Legends We Lost 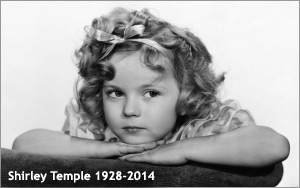 What do we do with these annual roll calls of the dead?

We could admit right out loud that we like them. Sure, we hate it when the celebrities we love die. But some of us (if not most of us, or even all of us) like the comforting feeling we get when we come across the year-end tributes on TV that showcase the legends we lost in the previous year.

They’re not unlike the death tributes seen at other times of the year during televised awards shows such as the Oscars and Emmys. For many of us, these mournful death montages, which are often derided as too maudlin or overly sentimental, are the best parts of the awards telecasts.

At this time of year, the most notable of these death tributes are the ones seen on Turner Classic Movies and “CBS Sunday Morning.” TCM has been running its five-minute death tribute, titled “TCM Remembers 2014", intermittently between movies. “Sunday Morning’s” annual tribute, “Hail & Farewell,” aired last Sunday. No video is available online, however -- just this written version.

TCM does a very elaborate job with this every year, with meticulous attention paid to cinematography, sound, editing and design. This year’s montage is accompanied by a song called “All I Want” by an Irish band called Kodaline. The lyrics include: “When you said your last goodbye, I died a little bit inside …”

From the world of television, we said goodbye in 2014 to stars great and small. Robin Williams (“Mork and Mindy,” “The Crazy Ones”) was the one whose death was most talked about. I saw a report on TV the other day that said Williams was the No. 1 topic searched on Google in 2014.

Speaking of which, we will never forget you, Jan Hooks. Nor you, David Brenner.

I got to interview Casey Kasem at least twice over the years. And he was one of the finest gentlemen I ever met in either TV or radio. The stories this past year about Kasem’s children battling his widow over where to bury him were very disturbing.

I met Sid Caesar once at a Friars Club event in 1988 that CBS arranged to drum up publicity for a TV movie in which Caesar was co-starring with Milton Berle and Danny Thomas. Caesar was so soft-spoken that evening that I have no memory whatsoever of what he and I may have talked about. I do know this: I was in awe of him. If there is ever a Mount Rushmore for TV, Caesar -- who died this year at age 91 -- should be one of the faces chosen to be immortalized there.

My first bylined television story was published in a long-defunct TV trade newspaper called Broadcast Week in July 1983. It was a Q&A with Joan Rivers. I last interviewed her in 2010. Her death in September shocked us all.

Year-end lists of dead celebrities are also notable for those who are left out. Such omissions are inadvertent and unintentional, of course. And if I’ve left anyone out here (though I have really made no attempt here to be comprehensive), then feel free to leave a comment. Happy New Year and thank you, everyone, for reading.