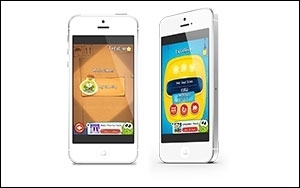 Opera Mediaworks, a mobile ad platform, has announced the launch of a native ad exchange for mobile. The private exchange will be an added component to the Opera Mediaworks Ad Exchange the firm launched in early 2014.

“We see a lot of money flowing into private marketplaces today,” Mark Fruehan, president, publisher services global supply at Opera Mediaworks, said to Real-Time Daily. “Publishers like it,” he said, because they trust the buyers and they can use their data without looking over the other shoulder.

Per a release, in-app inventory will make up the majority of supply in Opera Mediaworks’ new native ad exchange. Publishing partners include Demand Media, WildTangent, Gogii Games and Pinsight Media, per a release. ZeptoLab, the gaming company behind “Cut the Rope,” was an early adopter of the new native exchange, per a release.

“The supply is there,” Fruehan said. “We’re very selective with the demand.”

In fact, Fruehan asserted that Opera Mediaworks has been involved in some form of “native” advertising since 2008 -- though then it was simply called “custom.” The company would certify certain networks to fill those “custom” ad units, and a similar certification process is used today to find suitable native demand partners; it's the same idea with a similar process using a different name.

Fruehan noted that if Opera Mediaworks doubles its demand sources, the company may explore an “open exchange” approach to its native marketplace. He said not every DSP is able to deliver native ads yet, at least not in the same way they are all able to deliver standard banners.

“There’s no doubt that programmatic will drive the future of mobile advertising because of the scale and efficiency it delivers, but there are concerns over quality,” stated Mahi de Silva, CEO of Opera Mediaworks. “Native ads are high quality by their very nature: highly customizable with high-yield, delivering a great consumer experience.”