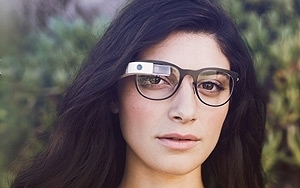 What would Google do to lead Intel, Microsoft and others into home automation? The company would put Nest, the smart-home device maker, in the forefront to lead the charge. That's what the Mountain View, Calif. company did this week by moving Glass from the Google X research lab to a stand-alone unit led by Ivy Ross, who will report to Tony Fadell, Nest Labs co-founder and CEO. Fadell will oversee Glass and provide guidance.

"Early Glass efforts have broken ground and allowed us to learn what's important to consumers and enterprises alike," Fadell said in a statement provided to MediaPost. "I'm excited to be working with Ivy to provide direction and support as she leads the team and we work together to integrate those learnings into future products. I remain fully committed to Nest and am equally excited about our work there, which continues to accelerate."

Yes, use the smart-home thermostat as the hub for the automated systems in the home, and allow smartphones or Glass running Android to control functions. Fadell built a green home in Lake Tahoe that inspired the birth of Nest. The thermostat learns from doing, programs itself and connects to smartphones.

Glass has the opportunity to connect to Nest products. Berg Insight estimates that shipments of connected wearables reached 19.0 million units in 2014. The market is expected to grow at a compounded annual growth rate of 54.7% to reach shipments of 168.2 million by 2019. Promising use cases in professional markets as well as in niche consumer segments will enable smart glasses to become the third-largest category of connected wearables and reach shipments of 11.0 million devices in 2019, up from only 0.03 million units in 2014, per the research firm.

Fadell prefers to make a market where none existed in the past. Aside from Nest, Fadell is best known for his role in the creation of Apple's iPod and iPhone. Now he takes on Glass, the pricey $1,500 wearable computer that debuted in 2012 to a select group of Glass Explorers.

Fadell joined Google last January when Google purchased Nest for $3.2 billion. Google then hired marketing guru Ivy Ross to run Glass and officially launch the product. Glass's transition to Nest is the latest in a series of reported difficulties the project continues to face. Fadell is well known for his design and innovative ideas, and could help turn out a better product.

The announcement of the move came in a Google+ blog post. "As part of this transition, we’re closing the Explorer Program so we can focus on what’s coming next," Google wrote. "January 19 will be the last day to get the Glass Explorer Edition. In the meantime, we’re continuing to build for the future, and you’ll start to see future versions of Glass when they're ready. "

For now, no peeking, per the post — finishing the sentiment with a thank you to those who kept "believing in us and making all of this possible. Hang tight — it's going to be an exciting ride."

UPDATE: The headline of this piece is my opinion. Google did not combine Glass into Nest. I think they should. Glass was an experiment in technology, in my opinion, on its way to home automation. I want to make that clear. We will soon see (in my opinion) Glass technology in Nest services, which in turn will help Google build a better wearable device.