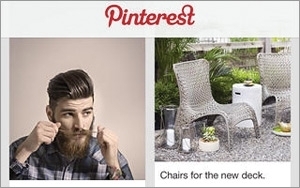 “With the addition of these leaders in machine learning and recommendation systems, we can accelerate our efforts in monetization and discovery, as well as help brands better understand customer intention and reaching people at the right moments with the right ads,” Joanne Bradford, head of partnerships at Pinterest, said on Wednesday.

Supporting its commerce recommendation technology, Kosei’s system contains more than 400 million “relationships” between products, according to Michael Lopp, head of engineering at Pinterest.

“As we build a discovery engine for all objects, Kosei is a perfect fit for our team,” Lopp explained in a blog post published on Wednesday.

An existing Discovery team provides recommendations, and related content and predicts the likelihood that users will “pin” content. A growth team uses “intelligence models” to determine the best emails to send to users.

Yet as Pinterest continues to scale, demand for more machine learning is increasing rapidly, according to Lopp. “We have a unique and growing data set of more than 30 billion pins,” he said.

After eight months in beta, Pinterest officially launched its Promoted Pins program at the beginning of the year.

According to Elliott, however, the program remains a work in progress — particularly because it doesn’t give marketers enough Web-based targeting criteria. “The result of such limited targeting is unclear ad performance,” he suggested.

In its defense, brands that participated in the Promoted Pins beta program saw a 30% increase in “earned media” — i.e., the share of users who saved a Promoted Pin to a board, according to Pinterest. Per internal findings, Promoted Pins are “repinned" an average of 11 times — the same as non-branded pins.
m&a, product placement, social media, social networks
Next story loading