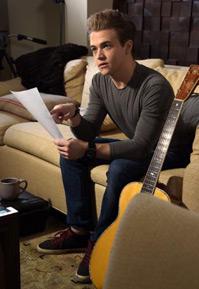 Whirlpool’s “Every day, care” brand is looking to sing the praises of the often unsung people who help keep families on track with the regular household chores.

The brand is looking to feature one of those caregivers in an ad, and has asked people around the country to record and dedicate their own version of “You Are My Sunshine” (which is used in the company’s most recent advertising campaign) in tribute. One of the submissions will be featured in a 30-second commercial set to air during the Grammys on Feb. 8.

“We believe that behind every chore is an act of love,” Jon Hall, senior brand manager for Whirlpool, tells Marketing Daily. “Whether big or small, these acts do matter -- which is why we are launching this program as a way to let others pay tribute to the people in their lives who care every daythrough music.”

The brand has enlisted country music star Hunter Hayes to lend his star power to the promotion. Hayes is a great representative for the brand because of the unconditional love and support he received from his family in his musical career, Hall says.

“Music plays a vital role in the care we give and receive, day in and day out. Care and music both require commitment and sacrifice, both have the power to transform, and ultimately enable great things,” Hall says. “That’s why we wanted to work with Hunter Hayes, and we really connected on the creative for this program.”

Submissions were due by 11:59 p.m., Sunday, Jan. 25. The winner will be chosen based on the video quality, demonstration of care and the performance of the song. But, Hall adds: “The tribute is just as important as the song and performance itself. It can say so much and brings even more meaning to the submission.”

DigitasLBi Chicago is Whirlpool’s creative agency on the account.