Taboola Raises $117M, Plans To Double Down On Automation 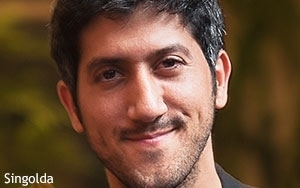 Taboola, a content advertising platform, on Wednesday announced it has raised $117 million in a Series E round of financing. The round was led by Fidelity Management and Research Company.

Adam Singolda, founder and CEO of Taboola, told Real-Time Daily that roughly half of the company is comprised of mathematicians and engineers. He added: “One of the three reasons [Taboola] raised the capital was to double down on technology and work on the next generation of personalization.”

Specifically, the company plans to concentrate on full-page personalization in 2015, which Singolda anticipates will require “even more real-time decisioning and automatic buying.”

The financing will also be used for global expansion and “inorganic growth opportunities.”

Other participants in the Series E round included existing investors Marker LLC­­­­ and Steadfast Capital, as well as new strategic investors, including Advance Publications (parent of Condé Nast and Advance Digital), Comcast Ventures, Mr. Carlo De Benedetti (chairman of the Gruppo Editoriale L'Espresso), Groupe Arnault (the controlling shareholder of LVMH), Yahoo Japan and others, per a release.

Following the large Series E round of funding, Taboola has now raised a total of $157 million. As of August 2014, Taboola estimates its annual run rate to be $250 million, up from $100 million in November 2013.