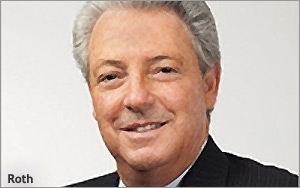 It appears that Elliott Management won’t be launching a proxy fight with the Interpublic Group after all. At least not this year. The companies said today they had come to an agreement on the selection of three new independent directors that will be part of the slate put forth for election at the holding company’s annual meeting in the spring.

In return, Elliott has agreed to back the full slate of new and returning board members nominated by IPG while also agreeing to certain “standstill” provisions regarding the further acquisition of IPG shares. It has agreed not to launch a proxy fight this year.

Last year Elliott disclosed that it had bought up 6.9% of IPG’s outstanding shares and indicated that it felt the company could do better at maximizing shareholder value by taking a number of steps including considering selling the company. In November, the firm suggested it might launch a proxy fight for control of the company and nominate a separate board for shareholders to consider at this year’s annual meeting.

Today IPG said that it has appointed Deborah G. Ellinger, Henry S. Miller, and Jonathan F. Miller to the Company’s Board of Directors and that two current directors, Jill M. Considine and Richard A. Goldstein, will retire from the Board, effective March 1, 2015.  The new candidates were selected after a search process that began last year with input from Elliott. The size of the board now increases from 9 to 10 members.

Also new: The Board has established a Finance Committee, also effective March 1, to “assist the Board in reviewing and analyzing financial matters and operations, including a focus on furthering our progress toward achieving the Company’s target of fully competitive margins.”

IPG Chairman and CEO Michael Roth said: “IPG has been successfully executing on a strategic plan that has enabled us to produce strong top-line growth and increased profitability, while delivering industry-leading total shareholder returns over the past five years.  As we enter 2015, we felt it was important to build on our momentum, consolidate our achievements, reaffirm our commitment to further margin enhancement and position the Company for continued value creation going forward.  By refreshing our Board and creating a new Finance Committee, we can accomplish all four of these key objectives.”

Jesse Cohn, head of US equity activism at Elliott Management, stated: “We are pleased with the constructive dialogue we have had with Interpublic. The Company has shown an impressive commitment to enhancing shareholder value, and Deborah, Henry and Jonathan have the right backgrounds and perspectives to help the Board achieve this goal, both operationally and strategically.  We look forward to ongoing collaboration with IPG’s management and Board.”

Ellinger is the former chief executive officer of The Princeton Review, where she served in that role from 2012 until 2014. She previously served as president of Restoration Hardware in 2009. Prior to that, she was the chief executive officer of Wellness Pet Food from 2004 to 2008. Ellinger also served as executive vice president, business development and strategy at CVS Pharmacy from 2001 to 2003, senior vice president, strategic planning and business development at Staples from 1999 to 2001 and was a partner at The Boston Consulting Group.

Henry Miller has been chairman of Marblegate Asset Management since 2009. He was co-founder, chairman and a managing director of Miller Buckfire & Co., an investment bank, from 2002 to 2011 and Chief Executive Officer from 2002 to 2009.  Prior to that he was vice chairman and a managing director at Dresdner Kleinwort Wasserstein and its predecessor company Wasserstein Perella & Co., where he served as the global head of the firm’s financial restructuring group.

Jonathan Miller was the chairman and chief executive of News Corporation’s digital media group and News Corporation’s chief digital officer from April 2009 until October 2012. He had previously been a founding partner of Velocity Interactive Group (“Velocity”), an investment firm focusing on digital media and the consumer Internet, from its inception in February 2007 until April 2009. Prior to founding Velocity, Miller served as chief executive officer of AOL from August 2002 to December 2006.