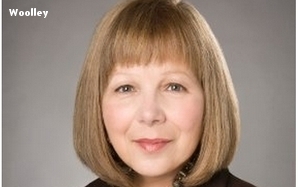 The Trustworthy Accountability Group -- launched last year by the IAB, ANA and the 4As -- on Tuesday unveiled an anti-piracy program, calling it the first part of a campaign against click fraud, malware and a lack of transparency in digital advertising.

The initiative has been dubbed the “Brand Integrity Program Against Piracy.”

Linda Woolley, who was named CEO of the Trustworthy Accountability Group in late 2014, announced the initiative at the IAB’s leadership meeting this morning in Phoenix, Ariz.

“It is critical that online advertisers be able to protect themselves from potential brand damage from piracy, fraud, and malware and safeguard their marketing investments,” Woolley said in a prepared statement.

The purpose of TAG’s voluntary program is simple, at least on the surface. According to a release, the intention is to get advertisers to use “validated tools and services to identify and prevent advertising from running on websites and other properties that present an unacceptable risk of being associated with infringing activities, including copyright piracy and the illegal dissemination of counterfeit goods."

John Montgomery, COO of GroupM Interaction, stated: “An advertiser’s brand is its most precious possession, and this program will help us ensure that our clients’ brands are not put at risk through unintentional placement on sites that promote pirated content, counterfeit goods, or other illegal activities."

TAG already has a long line of supporters for the program, including the U.S. Chamber of Commerce, the Association of National Advertisers (ANA), the American Association of Advertising Agencies (4As), the Interactive Advertising Bureau (IAB) and Group M Interaction. Ad tech supporters include Collective, DoubleVerify, Integral Ad Science, MiMTiD/KPMG/L3, sovrn, Veri-Site and whiteBullet.

“This cross-industry system is designed to help advertisers and their agencies identity and avoid the properties that are leveraging their brands to support illegal activity,” stated Stu Ingis, partner at Venable.

Validated companies would then be expected to work with ad networks, exchanges and demand-side platforms -- or directly with advertisers and agencies -- to bring the anti-piracy practices to the industry at large.

TAG leaves room for flexibility, noting in its announcement that while the process of validation has now begun, the requirements are expected to “evolve and improve based on learnings during this next step.”