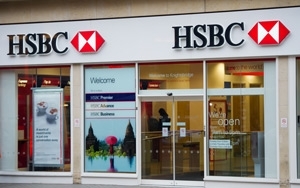 The often volatile world of British journalism is being rocked by a fresh scandal, as The Daily Telegraph faces accusations from one of its former journalists that it whitewashed editorial coverage of HSBC in order to keep the bank’s lucrative advertising business.

Peter Osborne, a veteran political journalist who served as the Telegraph’s chief political commentator, resigned and published a scathing public letter on Opendemocracy.net, which began: “The coverage of HSBC in Britain's Telegraph is a fraud on its readers. If major newspapers allow corporations to influence their content for fear of losing advertising revenue, democracy itself is in peril.”

In the letter, Osborne goes on to recount how the newspaper’s owners, the brothers Sir David and Sir Frederick Barclay, have tried to deal with woes common to the newspaper industry over the last decade, including falling circulation and advertising revenues, with shortsighted moves, including layoffs and a revolving door for top editors.

Eventually, they abolished the title of editor altogether, appointing instead a “head of content.” Over the last year, he adds, they have also decimated the newspaper’s foreign desk. Osborne also attacked what he called the rise of “click culture,” in which accuracy and integrity were sacrificed in favor of page views.

However, all this is a preamble to his most serious allegation, that the Telegraph’s editorial mission has been suborned by business interests: “It has long been axiomatic in quality British journalism that the advertising department and editorial should be kept rigorously apart. There is a great deal of evidence that, at the Telegraph, this distinction has collapsed.”

Osborne then goes on to detail a series of incidents in which he and other journalists have seen their coverage of HSBC ignored, altered, downplayed, or withdrawn from public view, due to complaints from the banking giant, which is a major advertising client for the newspaper.

On one occasion, a former Telegraph executive told him that HSBC was “the advertiser you literally cannot afford to offend.” In fact, the special treatment of HSBC is just one of a series of examples when the newspaper pulled editorial punches for business reasons, including the Hong Kong democracy protests, Tesco’s accounting transgressions, and the Scottish independence referendum.

After resigning quietly in mid-December, Osborne finally decided to go public with his accusations when the Telegraph provided minimal coverage of HSBC’s role in aiding tax-dodgers, revealed in leaked files that were the focus of major stories by other news outlets, including the BBC and The Guardian.

Osborne explained his motives: “A free press is essential to a healthy democracy. There is a purpose to journalism, and it is not just to entertain. It is not to pander to political power, big corporations and rich men. Newspapers have what amounts in the end to a constitutional duty to tell their readers the truth… There are great issues here. They go to the heart of our democracy, and can no longer be ignored.”