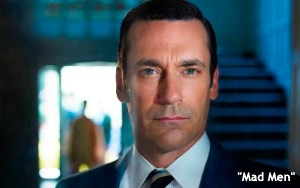 AMC plans to turn the final half-season of “Mad Men” into a nationwide cultural event.

No less than eight cultural institutions in three cities are planning “Mad Men”-related events and exhibitions to usher in, and run concurrently with, the show’s last seven episodes. The episodes begin airing on AMC on Sunday, April 5, at 10 Eastern. They wind up on May 17 -- ending this acclaimed series after seven seasons.

Never before has a TV series said good-bye with this level of publicity support from the nation’s cultural establishment. AMC announced this rundown on Wednesday.

The end of “Mad Men” will be accompanied by events and exhibitions staged by the Museum of the Moving Image in Queens, the Film Society of Lincoln Center, the New York Public Library, the Museum of Jewish Heritage in lower Manhattan, BAMcinématik at the Brooklyn Academy of Music, the 92nd Street Y on Manhattan’s Upper East Side, the Smithsonian in Washington and the Los Angeles County Museum of Art.

The events include screenings and on-stage appearances by series creator Matthew Weiner -- sometimes solo and sometimes accompanied by various cast members. In addition, costumes and dozens of other artifacts related to the production of “Mad Men” will be on view at both the MMI and the Smithsonian. Details are available for at least some of these events on the various Web sites for these institutions.

It all adds up to a highfalutin sendoff. Does this show deserve all the attention from so many august institutions? Maybe yes and maybe no. Some people might decry all the museum exhibitions and live events with a dismissive statement such as: “For heaven’s sake, it’s just a TV show. Get over it.

Others might say: “But it’s a great TV show, and the elements of its production seem well worth showcasing in museums -- particularly one [the MMI] devoted to film and television production and another [the Smithsonian] dedicated, at least in part, to exhibiting outstanding examples of the nation’s pop-cultural history.”

I’ll say this about exhibitions of this type: I was fortunate enough to go and see the exhibition of “Downton Abbey” costumes and related objects at Delaware’s Winterthur museum last summer and it was well worth the trip -- a very fun, very educational experience that greatly expanded my own personal knowledge about the great care and diligence that goes into getting the details right on a high-quality TV show such as this.

On that basis, I look forward to seeing the “Mad Men” exhibition at the Museum of the Moving Image. Opening March 14 and running until June 14, this MMI exhibition, titled “Matthew Weiner’s ‘Mad Men’,” is a large-scale show. It will feature more than 25 costumes, actual sets from the show, hundreds of props and many other items related to the production of “Mad Men.” I think it’ll be great.

As for “Mad Men” itself, few would deny this show’s importance in the recent history of television. It is a prime example of the high standards in production quality that a growing number of outstanding TV shows are achieving these days -- the ones that have so many people declaring the current era (going back about 10 years or more) as a new Golden Age of Television. Whenever anyone utters that phrase, the words “Mad Men” are never too far away.

With just seven episodes, the final half-season of “Mad Men” will be over in the blink of an eye. They should be savored right up until the end.