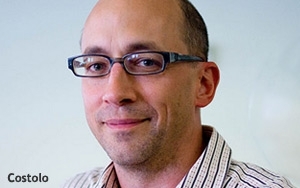 Determined to “suck” less at protecting users from trolls, Twitter is rolling out another round of safety features.

Starting Friday, the social network is streamlining the process of reporting various content issues, including impersonation, self-harm and the sharing of private and confidential information.

“We are also beginning to add several new enforcement actions for use against accounts that violate our rules,” Tina Bhatnagar, vice president, user services at Twitter, explains in a new blog post.

“These new actions will not be visible to the vast majority of rule-abiding Twitter users -- but they give us new options for acting against the accounts that don’t follow the rules.”

Twitter has long been criticized for failing to curb verbal violence and bullying of all kinds.

Even Twitter CEO Dick Costolo has acknowledged the problem. “We suck at dealing with abuse and trolls,” Costolo recently admitted in an internal memo. “I’m frankly ashamed of how poorly we’ve dealt with this issue during my tenure as CEO. It’s absurd.”

In its defense, the microblogging leader has endeavored to make its platform a safer, friendlier place for users. Late last year, Twitter added improvements to its in-product harassment reporting and “block” features. It also set out to improve the reporting process for those users who observe abuse, but aren’t receiving it directly.

To achieve faster response times, Twitter also recently made some back-end improvements to the tools and processes that are designed to review reported Tweets and accounts.

“We now review five times as many user reports as we did previously, and we have tripled the size of the support team focused on handling abuse reports,” Bhatnagar explained. “These investments in tools and people allow us to handle more reports of abuse with greater efficiency.”

To promote a more positive discourse, Twitter helped Dove target nasty comments directed at celebrities on Oscar night. Based on keywords and other tracking analysis, Twitter worked the Unilever brand to identify negative tweets before and during the awards show.