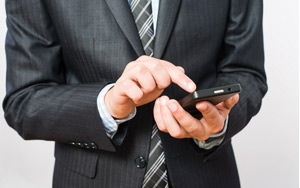 No. It's stories about CMOs. And specifically about CMOs sharing on social media, which means CMOs are sharing stories about CMOs sharing stories. According to “Social Insights: CMO Edition,” by social insights firm LeadTail and cloud-based information services and analytics firm Neustar, the story most shared by marketers was in Q4, 2014 was “Top CMOs on Twitter,” in Social Media Marketing Magazine. Number three was “50 Influential CMOs on Social Media,” in Forbes, And number five was “The World's Most Influential CMOs, 2014” also in Forbes.

The firm identified 1,034 CMOs and marketing executives at brands and agencies in the U.S. and Canada, and then analyzed 131,697 tweets last fall, including 76,325 links shared in those Tweets, 21,253 unique hashtags, 110,107 mentions/replies and 35,668 retweets. The firm identified CMOs who were active on social media based on job, type of company and location. Leadtail provided social media insights technology around key social media activities, then analyzed results. About 52% of marketers were with B2C companies, 31% were in the B2B sector, and 17% were agency marketers.

The findings revealed that CMOs are looking for ways to stay up to date with tech and data-driven marketing and they are getting more in touch with their inner CIO, becoming more active in growing their brands' technology capabilities, and reading more content targeted to IT readers. And digital is blurring the line between B2B and B2C.

When it comes to social channels, the study found that marketers are not enamored of location-based “check-in” apps, with only 5% marketers sharing Foursquare check-ins versus 28% two years ago. But LinkedIn has made big inroads with marketers, who are cross-posting LinkedIn content to Twitter to a degree 200% greater than 24 months ago.

CMOs, like everyone, are leaning to visual content, and getting most of their news and opinions from a small number of sources. Twitter is by far the biggest sharing channel, and mobile is nearly the most-used screen for sharing via Twitter. Seventy-five percent of CMOs who published at least one tweet during the report period did so on a Twitter Web client, and nearly as many using Twitter for iPhone. Twitter native apps are growing in usage, and sharing from LinkedIn to Twitter has doubled to 22%.