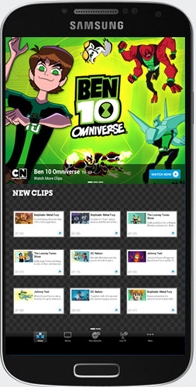 A smartphone user is pressing his argument that the Cartoon Network wrongly disclosed his personal information by allegedly transmitting Android devices' 64-digit identifiers -- combined with names of videos that users watched -- to the analytics company Bango.

Atlanta resident Mark Ellis argues in new appellate papers that the Android ID is “personally identifiable,” on the theory that Bango had enough outside knowledge to link the random digits in the identifier to his name.

“Is it apparent that the phrase 'lead singer of the Rolling Stones' refers to Mick Jagger? Perhaps to a baby boomer, but many millennials would be unable to make that connection,” Ellise argues in papers filed late last week with the 11th Circuit Court of Appeals. “While it may not be apparent to everyone that 'the CN App user with Android ID number X' refers to plaintiff Mark Ellis, it is apparent to Bango.”

Ellis makes the argument as part of an attempt to convince the 11th Circuit tor revive a class-action lawsuit alleging that Cartoon Network violated the Video Privacy Protection Act -- a 1988 law that prohibits video rental companies from disclosing users' “personally identifiable information” without their permission.

He is asking the court to reverse a ruling by U.S. District Court Judge Thomas Thrash, Jr., who dismissed the lawsuit in October on the grounds that an Android ID isn't “akin to a name.”

The company also points out that the stakes could be high, given that numerous sites and apps disclose information about the videos that users watch, combined with data like their IP addresses, cookie IDs or device IDs. “Nearly every transaction on the Internet captures a number like one of these,” the Cartoon Network argued in papers filed earlier this month.

The Cartoon Network isn't the only company facing litigation for allegedly transmitting device identifiers or other seemingly anonymous data. Dow Jones also was sued for allegedly sending information about The Wall Street Journal Live clips that users view -- along with the serial number of their Roku devices -- to the analytics and video ad company mDialog. A federal judge in Atlanta recently dismissed that lawsuit, ruling that any data allegedly transmitted to mDialog wasn't personally identifiable. The consumer in that case recently appealed the decision.