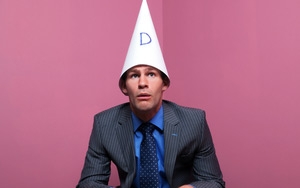 In fact, Yale researchers conclude that searching the "Internet may cause a systematic failure to recognize the extent to which we rely on outsourced knowledge."

One of the biggest issues involves the incorrect sourcing of information. The findings suggest confusion between accessible knowledge with one's personal knowledge. People often mistake access to information for their own personal understanding of the information. When searching online, people mistakenly attribute the source of the specific answers they find because they think the answer was stored in their own mind instead of on the Internet.

It took Yale researcher Matthew Fisher and colleagues nine experiments to determine that searching the Internet leads people to mistakenly believe that information found online originated in their heads.

The Yale researchers asked study participants to answer common questions such as "Why are there leap years?" and "Why are there time zones?" About half were told to look up the answers on the Internet, and the remainder needed to answer the questions on their own. Then they asked all participants to rate their ability to explain the answers to several other questions unrelated to the ones they had looked up.

The research revealed that participants who had looked up explanations on the Internet in the induction phase rated themselves as being able to give significantly better explanations to the questions in the unrelated domains during the self-assessment phase. Even when researchers changed online searches so the participants produced no results, the Internet users rated themselves as more knowledgeable than non-Internet users.