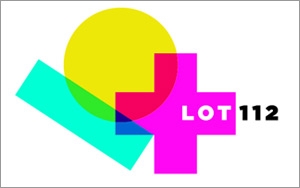 The Barbarian Group is taking control of the entire production process by launching Lot112, its own content studio to produce a broad range of content, including long- and short-form video, stop motion animation, still photography, infographics and editorial pieces.

"The old model of searching and vetting partners, producing the work, and trafficking for distribution takes too long for the ravenous appetite of the social feed,” the agency stated. "Lot112 resolves this problem."

Up to now, an array of firms have been involved in the agency’s content making efforts including media companies, content distribution channels, agencies, and outside production studios. But this fragmented approach can lead to inconsistent quality, messaging and brand voice, which led Barbarian to bring the process in-house. In addition, clients are increasingly needing more content faster, specific to their channels, and with better ROI.

Lot112 is a new model built to help brands create, produce and deploy content like a network. The production studio will function independently from the digital creative agency, servicing the shop’s existing clients in addition to working on independent projects.

“We have been listening to client needs and watching the market. It is our observation that brands need more than a never-ending volume of content," says Sophie Kelly, CEO of Barbarian Group. "They need content that is crafted across channels and curates a consumer experience that results in an action. With our understanding of Internet culture, emerging channels and data, we are in a great position to turn around quality content that results in real return on creativity."

The studio's name is a play on the word “lot”, traditional Hollywood slang for a production studio, and its 112 W 20th address. "More importantly, the Lot112 logo has been designed to reinforce the idea of how we bring together different disciplines," says Kelly. "We also wanted to reflect the vibrant and dynamic nature of content creation. The playful shapes overlap to create red, green, and blue, which are the building blocks of a digital image."

Although Lot112 is designed to handle most work in-house, the agency will continue to work with outside specialized production partners and specialty experts as needed.