African American Women Confident, Optimistic, But Have To Play A Role 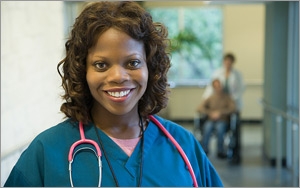 Women face challenges at work, but black women face unique ones: A new study says they are ambitious, confident and generally optimistic, but under unusual (versus white women) pressure to fit into a “safe” professional persona. African American lifestyle and culture magazine Essence has commissioned a study with global marketing firm Added Value Cheskin to look at African American women in the work force, and the challenges they face.

The study finds that African American women are are ambitious and "More likely than non-Hispanic White women (NHWW) to have career goals that lead to advancement." For example, the report found that 44% of African American women feel that they are developing skills that will help them get to the next level versus .23% of NHWW. And 32% want to become an executive or manager in their current industries vs.18% of NHWW. Turn that around and 20% of black women want to stay in their current position, versus 44% of NHWW.

But black women say they feel compelled by stereotypes to change their identities to downplay “blackness” to appeal more “professional.” Specifically, they play a role, which the survey identifies as the “Acculturated Girl Next Door,” a safe, professional. Seventy percent of black women polled said they fear being labeled an “Angry Black Woman.”

“We have uncovered the unspoken and disparaging effect of stereotypes, real or perceived, that are limiting Black women in the workplace and confounding employers who want to promote and retain them,” said Stephen Palacios, EVP, Added Value Cheskin.