Wearables May Be Next Consumer Communications Channel 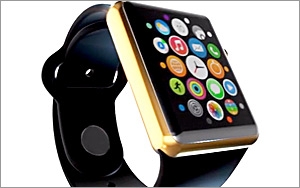 Smart watches and other wearable devices could be the next frontier of brand-consumer interaction. But first, marketers need to figure out how customers intend to use them.

“When we all joined Facebook, we did it for something specific, like connecting with others,” Roger Huff, director of social media and digital strategy at Accent, tells Marketing Daily. “But as it’s grown, it’s become a customer service channel.”

Right now, fitness and health tracking looks to be the first point of entry for most consumers into wearable technology. More than two-thirds (68%) of women and 56% of Baby Boomers are most excited about fitness-tracking devices. A little over a third of men (38%) were excited about smart watches.

But it’s what marketers haven’t yet discovered that holds promise, Huff says. He put forth a scenario in which a health care provider uses wearable fitness data to offer financial incentives, much as insurance companies do with devices that attach to cars. “Instead of monitoring your car, it’s monitoring your actual life,” he says.

Many are also looking forward to a time when the devices aren’t reliant on another device (such as phone) for optimal performance. “What brands can do is optimize the wearable experience so it’s not tethered to the phone,” Huff says. “It’s about maximizing that [device] and taking advantage of that small screen.”