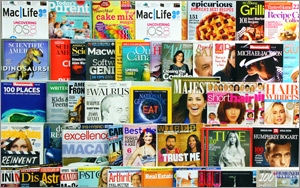 With more magazine publishers adopting native advertising, the American Society of Magazine Editors has revised its editorial guidelines to reflect the new reality -- acknowledging that native ads are here to stay, while highlighting the basic ethical boundaries editors still need to observe.

Above all, the new ASME guidelines reflect the organization’s concern that magazine brands must never sacrifice reader trust in pursuit of a temporary boost to their bottom line.

As ASME’s introduction to the new guidelines stated, “Guidelines are frequently revised to address emerging concerns but can always be summarized in one sentence: Don’t deceive the reader.”

While native advertising content can be appropriate and informative, ASME warns that advertising relationships should not be allowed to influence other editorial content -- for example, pulling critical stories to placate an important advertiser.

By the same token, “No product should receive editorial endorsement in exchange for payment.”

Further, ASME isn’t backing down on its previous insistence that native ads can’t “blend in” with editorial content: “The difference between editorial content and marketing messages, including native advertising, must be transparent… Advertisements that mimic the ‘look and feel’ of the print or digital publication in which they appear may deceive readers and should be avoided.”

Even in the chaotic world of digital media, where content can come from many different sources, ASME insists there must still be clear distinctions: “On Web sites populated by multiple sources of content, including user-generated content, aggregated content and marketer-provided content, editors and publishers must take special care to distinguish between editorial content and advertising.”