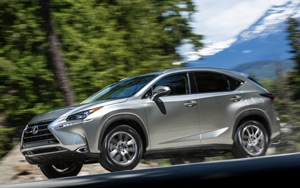 It's not exactly Taste of Lexus, the experiential and lifestyle program Lexus ran for several years that featured luxury products and experiences for an invited crowd of owners and prospects. Traditionally, those experiences had been oriented toward leisure rather than active lifestyle: spa treatments, apparel, foodie stuff, personal care, handcrafted merchandise and the like. And maybe golf.

For a couple of years now, as Lexus has redefined itself with marketing and products as a performance-oriented brand — even getting back into racing this year — the company's lifestyle programs have an “active” modifier. Programs like the GS Performance Tour took people to racetracks to test drive the car, but mixed in the gourmet life.

And there is this weekend's Bottega Gran Fondo in Napa Valley, of which the automaker is in its second year as official auto partner. The event, of which chef Michael Chiarello, a “Lexus Culinary Master” is host, is less a hardcore bike race than an epicurean bike tour through Napa. But with technology advances pushing up prices of premium bikes, it has become expensive to swing a leg over a light, high-tech racing bike.

The two-day tour features six pro cyclists and six “special guests” as hosts, with a thematic focus on sustainable farming, cooking, and winemaking. Lexus will provide a full race support fleet, featuring the Lexus NX 300h hybrid crossover, which the company says will be the lead race vehicle. Lexus is also the presenting partner for the event’s King, Queen and Couple of the Mountain jerseys.

Brian Smith, VP marketing at the Torrance, Calif.-based U.S. unit of Lexus, said that in addition to the cycling aspect, there is indeed the usual focus on luxury: “Cycling, food, wine, stunning landscapes. We can't think of a better event to begin Lexus’ 2015 cycling initiatives... . This exclusive event is an ideal partnership for Lexus, distinctly mixing our commitment to active lifestyle programming with our passion for culinary pursuits.”

Lexus will have vehicles throughout the event,which the company says will be the first of a series of Lexus-sponsored cycling events this year. Lexus is also the official vehicle sponsor for the Amgen Tour of California this May and the U.S.A. Pro Cycling Challenge in August.

Data from the National Association of Sporting Goods Retailers Simmons, MRI, USA Cycling Membership, and Bicycling Magazine says cycling is the top fitness and health activity among doctors and lawyers over the age of 40. Overall, it is the second-most popular recreational activity behind sport walking. There are around 17 million bicycles sold in the United States each year, with the average price of a racing bike about $3,500. The median household income for 45- to-49-year-old racers is $95,940. Over 80% are college graduates.