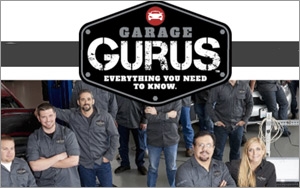 Automotive supplier Federal-Mogul Motorparts probably has as many parts in cars as Intel does in computers, though far fewer consumers know the name, even if they do know a lot of the company's 22 brands — names like Champion, National and Wagner.

Now, however, the company is rolling out a national program that makes the Federal-Mogul name synonymous with auto service-technical training. It has launched a pair of new B-to-B grass roots programs, “Garage Gurus” and “Gurus on the Go” that aim to offer, for a fee, top-shelf instruction on all aspects of maintenance and repair. The former comprises training facilities in major markets, including New York, where service technicians can get hands-on specialized instruction; the latter is a fleet of technology vans that will visit service locations in each market area. The company has assembled a team of more than 100 ASE-certified “Gurus” who will be based at these locations.

The Southfield, Mich.-based company says that most of the 220,000 or so auto repairs shops in the U.S. are local, independently owned businesses, and most are facing challenges having to do with vastly increasing technical sophistication under the hood and behind the dash.

The company recently held an event in New York, in The Bronx, to launch the program. Federal-Mogul Motorparts CMO Laura Soave, who oversaw marketing for Fiat during its reintroduction to the U.S. four years ago, tells Marketing Daily that the “Garage Gurus” program centers on a training center for technicians, or for anyone in the auto repair industry.

“What we are doing is opening centers around the country — 15 this year. We have had a facility for years in St. Louis, and found that, first, it was always full with a wait list. And a lot of people couldn't take two three days off. We saw that we needed to bring the training to them, and make it more convenient.” Soave, who was in New York for the “black carpet” opening of the first of the new facilities, says the company also has an online and mobile program via new apps and a web platform.

She says the company will have 30 vans by the end of the year. There is a brand-specific aspect to the program, she says. It's all makes, all models, and it could be an independent repair facility or dealership franchise. “We are a supplier both of O.E. and the aftermarket," she says. But everything is changing so quickly and the technicians are challenged to keep up with technologies.”

Federal-Mogul, a global supplier for the domestic brands and for most imports, has over 100 courses available online at garageguru.com, where the curriculum is available. She points out that a service store lives or dies on reputation, especially now because of social media. “The best shops are marketed by word of mouth and referral.” She says the company is doing a big push in bi-lingual education since Hispanic technicians are the fastest-growing group. “We are doing online and on-site courses in Spanish.”

Federal-Mogul isn’t doing it as a cause-marketing venture. The company benefits by extending the loyalty of technicians to its own brands, notes Soave. “We make thousands of parts, so long-term its a referral base that we know will generate more sales. Training techs to keep vehicles on the road safely is a long-term investment.”

automotive
1 comment about "Federal-Mogul Goes To School With In-Market Auto Tech Training ".
Check to receive email when comments are posted.
Next story loading