Technology Fails. Get Used To It 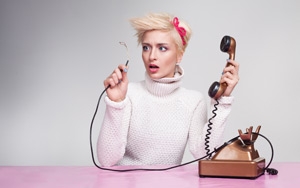 Google was forced to update its password alert service just days from releasing it, after security expert Paul Moore managed to bypass the protection built into the Chrome browser extension.

Moore published a 21-second proof of concept video on YouTube showing how he bypassed the password protection with just seven lines of code. The problem is now solved, according to Google, but Moore took another stab at it and bypassed the system again.

Reports put the second bypass at just three lines of code, but in a different way. The first fix prompted the second hole. "The second exploit is entirely different," Moore wrote in a comment to an article posted about the exploit. "The warning_banner is now shown in a new tab/origin, so cannot be modified/removed by javascript inside the DOM."

The world sits on a learning curve with wearable devices, and apps that backlink to Web pages or other apps. The maze of data and information that programmatic (a fancy buzzword for automation) systems will connect within the next year boggles the mind -- at least my mind.

Perhaps it's all a bit of mumbo jumbo, tech-speak -- but the point is that technology fails. Don't think that because a respected company says the data's safe, it's safe. Do the research. Security systems are not perfect. Search engine ad servers don't always stay on target, and they repeatedly send an ad for something you bought in a physical store. The cost to keep an online world up and running will cost multibillions many times over.

And at the beginning of 2015, 39 of the top 50 digital news Web sites have more traffic to their sites and associated applications coming from mobile devices than from desktop computers, per research released this week from the Pew Research Center.