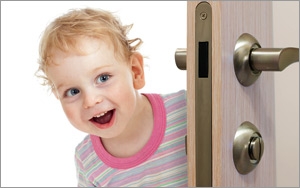 The mobile algorithm that many businesses feared would send them plummeting in search rankings might become the very reason that Google will see some up-and-coming niche competition this year. It will come in the form of new mobile features and complete apps. For Vurn, the shift to mobile allowed it to take common queries like restaurants and movies, and group them into information snippets to show related actions.

Search engines continue to lose their interface. The shift not only only makes search sexy again, but the technology continues to attract venture capitalists. Similar to Google, VCs see the future in mobile search. In fact, VCs financed 27 search companies in 2014 and 33 the previous year -- the two most active years on record, according to CB Insights.

It may seem that search has disappeared or faded into the background. In some cases it has. Microsoft has integrated its search engine Bing into many of the company's platforms such as Xbox. The biggest change, however, involves mobile search companies taking advantage of deep links and artificial intelligence. Companies like URX using deep links to connect mobile apps will enable individuals to perform actions between unrelated apps, or apps and Web sites.

Although many new startups with bright, shiny technologies will emerge to shake up the world of mobile search, Google isn't about to concede or step back without being involved. The company continues to index apps similar to the way it did Web content. Google now has 30 billion links in apps indexed. "If you're looking for information that lives within an app that you don't have, we'll now begin showing links to install the app right under the searches all page," said Omid Kordestani, SVP and chief business officer, during the company's Q1 2015 earnings call. "The Google app on Android can also keep you up to date by servicing information from more than 40 different apps when it's relevant, like Pandora music recommendations on your commute, or a car to request a lift when you arrive at the airport."

Earlier this year, the augmented reality search engine Blippar raised $45 million in funding from undisclosed investors to build a visual search engine that uses the mobile phone's camera lens to help identify the object. It takes a picture of the image and pulls in related data in an overlay to augment the reality.

When thinking about how an individual finds information today, it redefines the term "search engine."