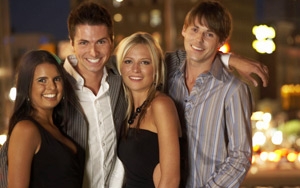 After years of feeling hemmed in by the economy, Gen Y is finally feeling ready to spend, with IRI reporting their consumer confidence is at an all-time high. But the latest IRI MarketPulse also indicates that with many of them still struggling, they aren’t about to give up their deal-seeking behavior any time soon.

“Things are getting better,” says Susan Viamari, editor of Thought Leadership, IRI, pointing out that increases in all age groups are good news for both retailers and consumer packaged goods companies. “But they’re still not great. And it’s clear that for all consumers, but especially Millennials, the value proposition is more important.”

Its Shopper Sentiment Index, with a benchmark score of 100, came in at 138 in the first quarter of the year compared to 120 in the final quarter of last year. (A score greater than 100 indicates that people are less price-driven and more loyal to their favorite brands.) For Gen Y, the score was 131, the highest since it began tracking it in 2001, up from 114 in the fourth quarter and 95 in the third. A third of Millennials believe the economy has improved in the last six months, with 28% predicting more improvement in the six months ahead.

That’s not to say that Gen Y doesn’t have its poverty pockets, she says, with 25% struggling to buy groceries (compared with 20% of the total sample.) “The reality is that many Millennials have had a tough time getting established in the adult world,” she tells Marketing Daily. “Many came out of college with no job and no credit. And while we are seeing improvements, underemployment is still a serious issue. They will take awhile to get it together.”

Not surprisingly, Gen Y is also more likely to seek out digital deals, with 47% downloading discounts from couponing sites, and 45% collecting coupons from retailers’ pages.

And while Gen Y is spending — and even splurging — “they’re doing so judiciously,” she says. “These more optimistic folks are the ones who will try new products, or spring for the higher-end shampoo. But retailers need to understand exactly who they are serving. Are they reaching out to the Millennials who are stuck in the mud? Or at the higher end of the spectrum?”

And regardless of how affluent any age target market is, she says it’s important for brands to focus on perceptions about savings. The study finds that the love of a deal remains strong, with 29% of shoppers estimating that 50% or more of their recent grocery baskets were bought on some kind of deal.

“Yes, things are getting better, but marketers shouldn’t be fooled,” she says. “The value proposition is more important than it has ever been, and I don't see that changing.”