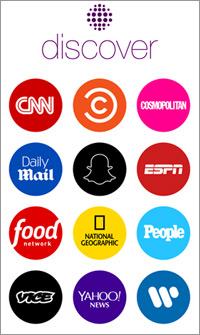 As part of its Discover service, Snapchat is preparing to sell 10-second ads for 2 cents per view.

The “Two Pennies” announcement was made during the Daily Mail and Elite Daily Digital Content NewFronts presentation, on Thursday.

“Snapchat ads are the most exciting ad product since YouTube TrueView,” Jon Steinberg, CEO of Daily Mail North America, tweeted on Thursday. “At $.02 [per view] a no brainer for any brand interested in 18-24s,” the former Buzzfeed president said.

The pricing is considerably less than previous estimates. Sources recently told Re/code that Snapchat was charging advertisers around $100 for every thousand views on Discover. At one point, Snapchat was also reportedly pressuring brands with a non-negotiable asking price of $750,000 for a day of disappearing ads?

Launched at the beginning of the year, Discover gives media partners their own channel on which they can feature content produced specifically for Snapchat’s young audience.

Publishing partners include National Geographic, Vice, Yahoo News, Comedy Central, Cosmopolitan, CNN, The Food Network and ESPN. Cosmopolitan’s editors, for example, are currently using Discover to put out a daily “edition” with five articles that users can swipe to view. Each edition is available for 24 hours, which is standard for Snapchat.

From straightforward advertising to branded content, business opportunities remain highly experimental on Snapchat. The vanishing-message service only recently introduced ads to its platform, which also disappear after users view them or within 24 hours.

A Snapchat spokesperson did not return requests for additional comment by press time.