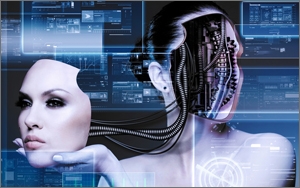 One in three millennials are so displeased with their appearance they wish they could just exchange their entire bodies.

Social media is partly to blame for this dissatisfaction. One in three millennials say photos of their friends on social media make them feel bad about themselves, while 20% of women and 19% of men avoid full-length mirrors.

People are working to improve themselves. Only 18% claim to never exercise and 42% have reduced their sugar intake, 38% eat fewer fattening foods, and 15% of gone on a juice diet.

Nearly seven in 10 consumers (69%) think the world would be a better place if it wasn't so focused on physical beauty, 73% think society prioritizes physical beauty over hearts and minds, and 64% think everyone has lost sight of what true beauty is.

Still, although people overwhelmingly favor natural beauty (80%), there is a growing shift toward using science and technology to assist them in their quest for beauty and health. In fact, 25% of men and 16% say they would actually like to be cyborgs, and 40% of men and 28% of women would like to be immortal.

They may not yet be part-machines, but people are increasingly affixing technology to their bodies. One in four people worldwide use at least one digital app to monitor their physical health and one in 10 would implant an app that would help them achieve the perfect body.

There are concerns that technology can be used for the wrong reasons. More than four in 10 (43%) feel that technology can damage their privacy and confidentiality. Moreover, future advancements are more concerning. People are more likely to say the ability to boost an unborn child's IQ is bad for society rather than a good thing (40% vs. 26%).

Today's interconnected world means that individual countries can influence cultures, beliefs, and traditions beyond their borders. For instance, China's embrace of holistic medicine has now filtered internationally. And fitness trends that begin in the U.S. are rapidly advancing elsewhere.

Still, there's no universal mind-set or approach to appearance, according to Havas. The report divides regions into three categories, each with their own attitudes and behaviors. Brazil, Canada, France, Italy, and Spain, for instance, are laid-back and relaxed about their beauty regimes which can be categorized as Pleasure-Seekers. Brazil ranks among the top 10 nations for obesity, yet half of Brazilians are satisfied with their current weight.

Meanwhile, Belgium, China, Germany, India and Poland are classified as holistic nations that prefer to seek natural ways to enhance their health and wellness. To that end, 57% of Indians and 40% of Chinese say they improve their health by getting a better night of sleep, compared to 25% of those from other countries.

Lastly, Australia, Japan, Netherlands, Singapore, the UK, and the U.S. are considered functionalists that see their bodies as things that can be fixed and fueled. They aren't satisfied with their current selves and are always looking for improvement. As such, only 10% of Japanese and 20% of Australians say they are proud of their bodies, compared to 33% of those globally.

Perhaps beauty is attainable simply through smiling. Some 85% of women and 77% of men say that confidence makes people more attractive. The complete report can be viewed here.
agency, research
1 comment about "One In Three Millennials Want To Exchange Bodies To Be More Attractive".
Check to receive email when comments are posted.
Next story loading