Facebook Has The Knowledge To Launch A Sophisticated Search Engine. Here's Why 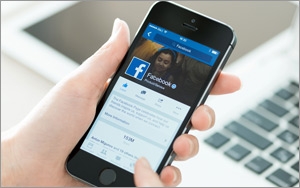 Facebook recently published a study in the journal Science exploring what Americans see in News Feed, and whether "echo chambers" --  defined as silos of information people see from like-minded individuals -- provide a narrow-minded view of the news. The study, Exposure to Diverse Information on Facebook, analyzes how more than 10 million Americans navigate the site to read socially shared news and entertainment. And while the study works on exploring one point, the algorithms that do the heavy lifting prove another.

The research is more than a study to see how Facebook users share links. Looking a little deeper into the process in which the study was conducted shows a deep knowledge and interest in how search works. I'm not referring to the "Add A Link" option,  a new way to add a link that’s been shared on Facebook to your posts and comments giving readers a direct connection to the content. This research shows that the company will eventually roll out one of the most sophisticated social search engines the advertising industry will see.

Here's the back story about the study. Facebook researchers wanted to learn how much people were exposed to "hard news" about politics, world affairs, and the economy -- rather than stories about entertainment, celebrities, and sports, and whether the information was aligned primarily with liberal or conservative audiences. So between July 2014 and January 2015, more than 7 million Web links were shared by people on Facebook in the United States, and studied by Facebook researchers.

Facebook analyzed the shares by training a support vector machine classifier that uses the first few words of articles linked for each URL shared on Facebook. This allowed researchers to identify more than 226,000 unique hard news articles that had been shared at least 100 times. They wanted to know whether the silos prevent people from exploring other points of view, but the process by which researchers conduct the study, and others like it, shows Facebook's fascination with search algorithms. And it begs the question as to why those algorithms are not being used by Facebook to develop its own very sophisticated search engine.

While this study aims to analyze how Facebook users are exposed to news and consume media, the process by which it was done demonstrates the sophistication of Facebook's search algorithms, and the company's ability to build the technology to more accurately target ads based on those searches. Some say the company does a pretty good job of ad targeting today.

This is not the first time Facebook used a search algorithm to conduct a study based on how people consume content. In fact, the social site's research group has conducted several studies related to search queries. Previous research found that the algorithms used to rank news feed search results and social media posts could create bubbles attracting information from those friends the person interacts with less often. Another study suggests that when in a social feed, people are more likely to engage with content contrary to their own views.
algorithms, facebook, search
Next story loading