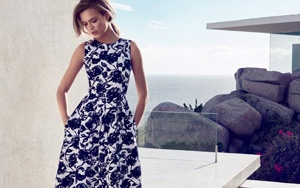 When it comes to this year’s spring fashions, the trendiest college kids have one word: Yawn. And they’re turning up their noses at brands they once loved, including Michael Kors, Ugg Australia, Timberland, Hollister, and Abercrombie & Fitch. What they do like? Kate Spade, Urban Outfitters, dresses, and gladiator sandals.

That’s according to the latest FIndex, or Fashion Innovation Index, a quarterly barometer produced by Indiana University's Kelley School of Business, with Kalypso and CollegeFashionista.com. It reports that the style-setting crowd is bored by what it sees as a lack of innovation this season. “There’s a perception that what they see in stores is too much like what’s already in their closets,” says John Talbott, associate director of the IU Kelley School of Business' Center for Education and Research in Retailing.

Based on responses from 600 “style gurus” at campuses around the U.S., Uggs, Michael Kors, Abercrombie & Fitch, Hollister Co. and Timberland have been named least popular brands.

Talbott tells Marketing Daily that Michael Kors, especially, may be seen as simply creating sequels rather than innovation, and says the index began detecting a decline in popularity about a year ago. Apparently, these kids know what they’re talking about: Michael Kors’ stock got clobbered last week when the company reported that same-store sales in the U.S. fell 6.7%, its first decline as a publicly traded company.

“I never try to understand the why of this,” he says. “I’m a 50-year-old man, and teen fashion is beyond me. But it’s clear that when something becomes over-deployed — like Uggs — people get tired of them.”

On one hand, he says the index is a little like watching the movie “Groundhog Day,” “in that it samples students at the same transitional moment in their lives quarter after quarter. And in some ways, they don’t change. But in others, they are very different than their predecessors.”

The once-revered Abercrombie & Fitch (as well as its spinoff Hollister brand) is a case in point. “With the exception of our students in the index from China, Abercrombie has been irrelevant for three or four years, which means it’s never been admired by this population.”

To be sure, some of that is a reaction to its products, which have been widely knocked-off by other brands. But he says it’s also a reflection of company values. “These kids are inclusive and admire diversity. And that is not what Abercrombie & Fitch stands for to them.”