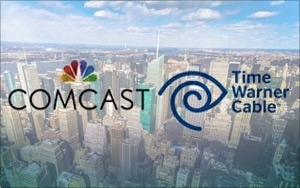 Forget “love,” “like,” or even “begrudgingly tolerate.” Consumer satisfaction with their Internet service and pay-TV providers is at the lowest point it’s ever been.

According to the latest American Customer Satisfaction Index report, subscription TV service and ISPs tied for the lowest score — 63 on a 100-point scale — among 43 industries tracked.

The ACSI numbers are based on more than 14,000 customer surveys conducted during the first quarter of 2015. Among subscription TV companies, Comcast and Time Warner both saw huge declines in satisfaction scores, with Comcast dropping 10% for a score of 54 and Time Warner falling 9% for a score of 51, tying with Mediacom Communications (which serves smaller markets in the South and Midwest) as the least satisfying company on the Index.

While other companies saw slight increases in their scores (+4% to 71, for Verizon’s FiOS; +5% to 63 for Charter Communications), the sector’s overall scores are the result of a dearth of realistic competition in the market.

“For the most part, it’s the same cast of characters across these services,” VanAmburg says. “If we can see other providers really taking hold in the space — something that would make the landscape more competitive — we would see higher satisfaction.”

That same lack of competition is also leading to higher dissatisfaction rates among Internet service providers — many of whom also provide subscription TV services — as well. A majority (61%) of U.S. households have no or only one high-speed ISP in their region, leaving them with few options. Overall customer satisfaction with ISPs remains unchanged at 63 over the past year (tied with subscription TV for lowest scores).

While AT&T’s Uverse improved its ACSI score to 69 (up 6%) and Time Warner increased 7% to 58, the scores are still low compared with other industries, and there’s little on the horizon that will cause them to improve.

“As long as the competitions is non-existent to sluggish, it’s going to remain the same,” VanAmburg says. “There’s little to compel these companies to bend over backwards for the customer.”

Elsewhere in the technology world, customer satisfaction remains strong, with an index score of 78, unchanged from last year, and still the highest or the industry. That strength comes form the continued adoption of smartphones, which have higher overall satisfaction rates than feature phones.

Apple and Samsung are neck-and-neck with their respective ACSI scores of 80, with Apple increasing 1% and Samsung decreasing the same amount. Motorola Mobility’s scores pushed up 3% to 79, but overall the category remains a two-horse race for the foreseeable future, VanAmburg says.

“A few years ago, it was Apple and nobody else. But then Samsung emerged,” VanAmburg says. “But for the time being its really a battle among those two.”