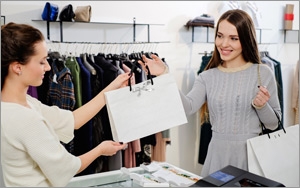 The top 1,000 retailers find search engines deliver 41% of their Web site traffic, significantly higher than any other source, but paid traffic still represents only 13% of overall Web site traffic, according to numbers released Tuesday by Experian Marketing Services.

Organic search traffic leads. During a four-week period ending Dec. 27, 2014, the research shows organic led all industry average by 87% vs. 13% paid-search traffic. Organic drove 64% of the traffic for shopping and classified; followed by 87% for banking and financial; 99% for print media; 96% for multimedia entertainment and 76% for travel. For the same categories, paid search drove 36% of the traffic for shopping and classifieds; followed by 13%, 1%, 4%, and 24%, respectively.

Since 87% of traffic to brand Web sites comes from organic search, marketers need to focus on developing content strategies to make their sites discoverable. They also must ensure that the balance of their content and keyword portfolios align to site visitors' interests and search behavior.

Organic search can drive the majority of conversations, but when marketers still can't figure out how to attribute certain media to the sale, lead or download, budgets can become a bit sticky. The biggest barriers to accurate attribution remain integrating data from multiple systems, according to 44% of the survey participants. Resources are close behind with 37%, followed by consistent performance metrics at 33%, and understand what combinations of channels work best together at 32%.

The study also found that mobile-search and display formats make up 98% of all mobile advertising spend, representing a shift to a smaller screen size but not a change in advertising strategy. The data suggests growth in the ad formats with the majority of the share still go to search and display when mobile formats are included.

While marketers are investing more in mobile, the interaction rates of mobile formats are far lower than their desktop counterparts. Mobile is the poster child for why we have to convince marketers to stop measuring click through rates; it is not an effective proxy for actual performance," said Jay Stocki, VP of Digital Services at Experian Marketing Services. "A majority of clicks on a mobile campaign are accidental.  Marketers have to work with their partners to get real world measures – increased purchases, visits, and lift versus a similar target audience that was not exposed to the ad."

Stocki said marketers must have the tools to see the data in all channels, including mobile, to get a true gauge of the effectiveness of any campaign.

The Experian study cites that Google DoubleClick click-through rates for both standard and rich media ad formats between September 2014 and November 2014 have been 0.07%. Interaction rates with rich media were 1.47% with 9.35 seconds of average interaction time spent with the ads, while video completion rates were 64.06% and 38.89 seconds of average time spent with the video.