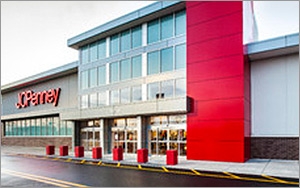 While JC Penney is hardly anyone’s idea of a brand ninja, its new CEO says the company’s comeback is all about its associates’ “warrior spirit.”

And in order to meet its financial goal of $1.2 billion in earnings for fiscal 2017, Marvin Ellison, the retailer’s president and CEO-designee, says the company will focus on three essential areas: Reconstructing its battered home-decor business; building the successful “core” categories, including shoes, handbags, accessories, jewelry and Sephora units; and catching up with other retailers in the race to provide consumers with true omnichannel offerings.

“We are behind in omnichannel,” he conceded to investors at the Piper Jaffray Consumer Conference in New York, which was also webcast. “But there’s tremendous second-mover power. And because we had been a catalog company, other retailers are hurrying to build distribution centers, which we already have in place. We are working to find a seamless connection between dot.com, both mobile and desktop, and leverage those with our physical stores. There is a huge opportunity for us there.”

Building on strengths in its center-store offerings is also critical, says Ellison, who joined Penney last year from the Home Depot. Sephora units continue to do well, and a new line of Liz Claiborne handbags has been especially strong. A revamped women’s shoe department is scheduled to be in place systemwide by the time back-to-school shopping kicks off. “With the exception of Sephora, the company had lost focus on these areas, but they are great for cross-shopping and incremental sales attachment,” he says.

And finally, he added, the company is determined to repair its home department, arguably the biggest and most expensive departmental disaster of the short and ill-fated regime of Ron Johnson, who was ousted as CEO back in 2013. The departments made an abrupt shift from traditional to modern, with new walls that destroyed sight lines.

“Home was the most disappointing,” added Myron E. (Mike) Ullman III, the company’s current CEO. “We spent millions and did worse.”

What’s been key, Ullman says, is reaffirming the brand’s identity as a value retailer. “We had 87 million active customers in 2011, and we have 87 million today. Our customers did not give up on us. They came back. Why not get them to come more often, focusing on their loyalty?”

“While we’re not as far along as we’d like to be, we’ve made good progress,” Ellison says, with home sales showing the third-highest comparable sales gains in its most recent quarter.

While its most recent quarterly reports show the Plano, Tex.-based retailer is gaining traction in its turnaround, not everyone is convinced. In his recent report on the company, Sterne Agee | CRT analyst Charles Grom writes its improved sales and earnings are a positive development. But, “in a tepid retail environment, we wonder if raising annual guidance just 100 days or so into the fiscal year is the prudent course of action, particularly with a critical fourth quarter still months ahead. All told, we remain uninvolved, and still have our doubts about the viability of the company’s long-term goals.”