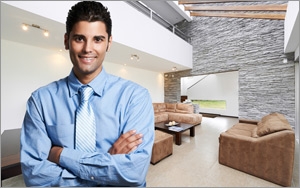 They are less than 10% of the millennial consumer base -- but they exert big influence. Affluent millennials, those 6.2 million or so Americans making an annual household income of $100,000 or more, will become the dominant group in the luxury consumer market between 2018 and 2020, according to Unity Marketing, in a report supporting a new study it did with millennial marketing firm FutureCast. They are also major trend setters among their age cohort.

The new study, “Money Matters: How Affluent Millennials are Living the Millennial Dream,” executed in May, and using Consumer Orbit’s Total View database to study 110 million U.S. households, developed four segments of affluent millennials. The “Family Forward” caste wants to spend time at home with their family and most likely segment to indulge their children; “Active Influencers” are more likely to still be at their first job and are most likely to be the first among their friends to try a new trend. “Calculated Go-Getters” are established in their careers and families and are less likely to pay more for perks. And “Big City Bachelors” are the only male-dominated affluent millennial segment and are more likely to buy a product they saw in a movie, TV show or video game.

The majority of affluent millennials are in the older half of the bracket, with over 50% of them between 30 and 34.  They are also more than half of the total population of affluent Americans. Versus the total U.S. affluent population, fewer of them are married, or own a house. Also, some of the wealthiest Americans fall into this category, per FutureCast, which says a third of U.S. adults making over $500,000 are Millennials. They are a tiny minority of "Family Focused" and "Trend Setter" millennials, but about 20% of “Big City Bachelors,” who represent 33% of affluent millennials.

Among the findings that reflect an evolution of the demographic, more women than men are affluent millennials now, at 64%. The study also suggests that one reason for this is that the gender wage gap is getting narrower.

They are also clearly entrepreneurial, or silver-spooners. The study shows that 44% of affluent millennials did not graduate from college, and few have attended graduate school.

What brands are getting it right in terms of dealing with this group? For embracing the entrepreneurial movement, American Express gets kudos for supporting Small Business Saturday in 2010. Uber gets it right for promoting opportunities for co-ownership. Bose sound system gets the difference in price of admission for both affluent millennials and non-affluents. Bose, competing with Beats by Dre, is gaining. YouGov BrandIndex says 43% of affluent millennials agree that it is a high-quality brand.

The study also says millennials add something new, and it is below physiological needs in Maslow's hierarchy: WiFi. A grain of salt is indicated here. WiFi versus starvation seems like more of a mental illness than a need. The firm explains that, au contraire, millennials do not perceive basic needs as separate from internet connectivity. Says the study, “Traditional consumer activities like shopping and working out were once completely isolated from the digital space. Now, it is nearly impossible to separate the two. Shopping almost always involves some component of digital search (or buying), and brands like Nike and Fitbit have completely bridged the two worlds when it comes to fitness.”