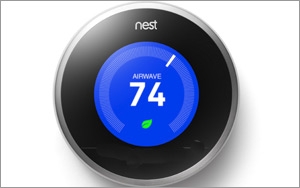 When it comes to the connected home, the early adopters have caught on, but the general public has yet to catch up.

According to new research from Argus Insights, early consumer demand for home automation and security devices has dropped off, as early adoption has leveled off, and general consumers are finding the devices too complex for casual use.

According to the company’s analysis of more than 12,000 consumer reviews of security cameras this year, for instance, consumers are reporting issues with camera liability and connectivity. These reviews are having a chilling effect on new purchases, as these reviews influence consumers researching the devices.

“People are buying these devices and they’re realizing how hard they are to set up,” John Feland, CEO and founder of Argus Insights, tells Marketing Daily. “Until things become easier and consumers don’t have to cobble together a total solution, I believe we will continue to see this stagnation continuing for the rest of 2015 unless a new offering addresses these issues and revitalizes the market.”

The industry’s challenge is to give consumers a compelling reason to purchase these products beyond the “wow” factor, Feland says. “We’re in a transition of communicating what these devices 'could do' to what they 'should do'," he says. “There’s a lot of things we’re pushing on consumers, but not a good reason for buying them.”

Despite the drop in interest, the category will still likely be one of growth in the future. A drop-off in interest as technology broadens from early adopters to a larger general market has been seen in many categories, including tablets, organizers and computers, Feland says.

“This is the normal way things go,” he says. “This is us learning about what’s working and what’s not in the connected home. We at a point [where messaging] is driven by technology and no the users.”