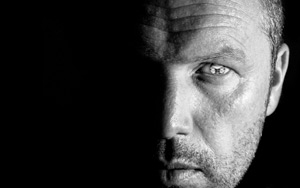 Traditional search algorithms are based on queries that pull information from across the Web -- but what if we were to redefine the concept and consider not only search query keywords, and "Likes" and "Hides" taps, but characteristics of people in photographs, colors and background images?

Unless you consider query-less search engines (virtual assistants) like Google Now or Cortana, Jamie Hill, adMarketplace CEO, views Facebook's search capabilities as centered more on "likes" and "hides." The concept outlined here came from a discussion with Hill. So for the sake of this theory, I'm extending the idea of search to an algorithm that can identify moods or characteristics in images and videos posted by "friends" to target advertisements or rank content.

Consider what images and videos reveal about a person's mood. Several companies have developed software that recognizes faces, but Facebook's artificial intelligence lab has developed an experimental algorithm that identifies people using attributes like hairstyle, clothing, posture, and body type.

It's not just about the videos and images that Facebook members search for and view on the site, but rather the ads that serve up in response to the posts and views. The personalized data from the experimental algorithm identify people based on hair, clothing and posture could become other ad targeting signals.

Yann LeCun, head of artificial intelligence at Facebook, wanted to see whether these attributes could be adapted to recognize people from other characteristics, so his research team pulled nearly 40,000 public photos from Flickr -- some with the person's full face clearly visible, and others where they were turned away -- and ran them through a sophisticated neural network, reports New Scientist.

The algorithm reportedly managed to recognize individuals' identities with 83% accuracy. The findings were presented this month at the Computer Vision and Pattern Recognition conference in Boston.

Apple and Google also recently launched revamped photo storage services with facial recognition features. While Apple launched a new app that groups together photos based on the person's face that appears in each image, Google introduced Google Photos, which supports free unlimited storage and groups photos together based on faces, events, and locations.

Brand marketers just might pay for those extra signals. Brand advertisers value Facebook video ad inventory at $0.73 per MAU for Facebook, compared with $0.28 for YouTube, despite that fact that Facebook charges advertisers for views three seconds into the autoplay vs. YouTube's 30 seconds, according to research from Ampere.