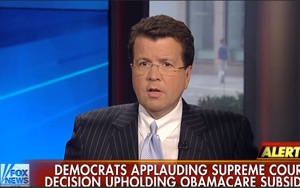 SiriusXM is planning to launch a new ad-supported national news channel in partnership with Fox News, called “Fox News Headlines 24/7,” which is set to debut this fall. The new round-the-clock channel is the result of a multi-year agreement that expands their current relationship.

While SiriusXM’s music channels are all ad-free, many channels in other categories -- including news and talk -- carry advertising.

“Fox News Headlines 24/7” will be produced by Fox News journalists and contributors and will deliver breaking news and live on-scene reporting, as well as business, entertainment and sports news throughout the day.

The channel will also draw on the resources of the Fox Business Network and Fox News Radio, as well as associated Web sites. Listeners can access the channel through the satellite radio channel, via the SiriusXM app, or on the SiriusXM Web site.

Fox News and SiriusXM have already launched three other satellite radio channels, including the Fox News Channel, which carries a simulcast from the cable news network, a Fox Business Network simulcast, and the Fox News Talk channel.

Also this week, 21st Century Fox announced that Roger Ailes has signed a new, multi-year contract and will continue serving as chairman-CEO of Fox News and Fox Business Network, and chairman of Fox Television Stations.

The contract renewal followed an earlier announcement that Rupert Murdoch is giving up the CEO spot and handing over many of his responsibilities to his sons. The senior Murdoch is transitioning to a new role as executive co-chairman of 21st Century Fox, alongside his son Lachlan Murdoch, while his son James Murdoch will become CEO.