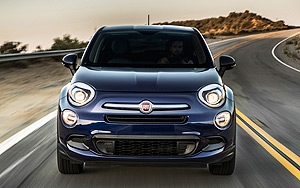 Fiat, which introduced the 500X compact crossover to the world during this year’s Super Bowl, is driving the vehicle online with a custom content program via Defy Media's “Made Man” channel.

The new effort centers on a three-part digital series featuring Chris “Big Black” Boykin, from MTV’s “Rob & Big Show,” and “Fantasy Factory.” Called “Bigger Is Better,” the series has Boykin hitting the road in the new Fiat 500X to do various, as yet unrevealed, hijinks.

The effort, created and produced by Defy Media's branded content unit Creative Lab, will live on a custom hub on “Made Man.” Besides the series of long-form videos, one per month, the effort includes other content, including outtakes and editorial, per Zack Smith, SVP of branded content at Defy. "Fiat it is an adventurous, fun brand, so we wanted to make sure [the campaign] communicates the benefits of the vehicle, but also make sure we had lots of fun in the process."

The key idea is that no challenge is too big for "Big Black." But the challenges are fairly outrageous. The first episode, eight minutes long, has him taking on the challenge of becoming a ballerina.

Smith tells Marketing Daily that the company built a custom hub for Fiat, and distributed content across Defy's network to reach the target. "We are leveraging the whole network to reach an 18 to 49 demographic, which is a very broad audience interested in style, and design."

The media company is also tapping into social, leveraging Boykin's popularity. "We want to make sure people come to watch the video and along with that get other custom content related to the series. And at the end of day, it's about communicating brand value, and creating compelling content," says Smith. A social promotion on Twitter is via #BigXFiat, with a sweepstakes offering tiered prize packages.

Defy worked with Fiat and the automaker's media agency both for distribution and production, per Smith. "We do development, production, and distribution at scale in house. So, we produced it and were involved from the very beginning, including around packaging it."

Last year, Fiat took short-form video -- GIF’s no less -- to social platforms like Tumblr, YouTube and even to TV, under an “Endless Fun” banner. That effort, via Dallas-based The Richards Group, featured Dada-esque snippets of people acting absurd, and asked people to do likewise, and post to #MyFiatUSA.

Defy Media, a 2013 merger of Alloy Digital and Break Media, has worked with other automakers. In 2013 it helped Ford launch the Fiesta with a seven-episode program on Made Man called “Laugh Trek.”

Last year, Toyota tapped into Defy Media to talk about teen driving safety, with a digital series comprising 12 pieces of content under Toyota’s “TeenDrive365” banner. One was hosted by John Henson of “E! Talk Soup,” the second by by standup comic Calise Hawkins.

Another automaker that has taken to social media with custom video content is Chevrolet with its new Cruze video on YouTube featuring a roster of YouTube celebrities. The video, here, plays on emoticons, and probably on the fact that Chevrolet went out with news of the new Cruze with a press release written entirely in emoticons.