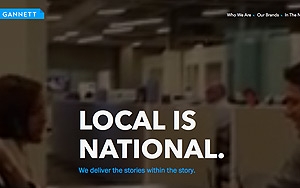 After almost a year of preparations including shareholder votes, financing and executive appointments, Gannett Co. has completed its long-planned spinoff of its publishing assets, creating two separate companies, one called Gannett and focused on newspapers, the other called Tegna and focused on broadcast TV.

The newspaper publisher owns 92 local newspapers across the U.S., as well as UK regional news publisher Newsquest and national flagship USA Today. Tegna either owns or handles marketing and advertising sales services for 46 local broadcast TV stations around the country; it also operates the Cars.com and CareerBuilder.com classifieds Web sites.

Gannett begins its life as a stand-alone newspaper publishing company with no debt. But it may begin assuming debt as it plans to acquire additional newspapers and other media companies. Earlier this month, it acquired 11 local newspapers owned by Digital First Media. It now has access to a $500 million credit facility to fund potential future acquisitions.

Gannett has also unveiled a new structure, the USA Today Media Network, which will allow newspapers to leverage each other's resources, including sharing stories and access to technology.

Still, the fact remains that Gannett -- like every other big newspaper publisher -- faces a challenging business environment, principally as a result of the long-term decline in print ad revenues. In the first quarter of the year, total print revenues fell 9%, fueling an 11.3% drop in total ad revenues to $444.4 million, and an 8.8% drop in the publishing division’s total revenues to $768.2 million.