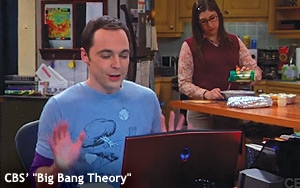 Through the summer TV season so far -- May 21 through July 24 -- the top earners in terms of national advertising dollars have gone to the usual suspects.

ABC’s “2015 NBA Finals” ramped up $190.6 million in national advertising revenues for its close series in June where the Golden State Warriors beat the Cleveland Cavaliers, according to iSpot.tv.

The next-biggest earner also is in sports, ESPN’s “SportsCenter,” which runs many times during the day on many of ESPN’s channels -- registered $173.5 million so far.

Looking at mainstream broadcast network TV series, CBS’ regular-season high-rated comedy “Big Bang Theory”  has pulled in $142.5 million to date this summer from its national repeat airings, including those on CBS and TBS.

The best TV series -- in terms of new episodes -- is NBC’s “America’s Got Talent” -- the now perennially highly viewer-rated summer series. It has tallied $119.9 million over all. NBC’s other big reality TV show, “American Ninja Warriors,, also has pulled in big results, $96 million.

Reruns of ABC’s “Castle” on ABC and other national networks has also registered big results -- $83.6 million.

Research for iSpot.tv comes from historical viewership figures for the top 150 programs on TV, predictive modeling of new TV airings, as well as incorporating data from SQAD when it comes to average advertising costs across all networks.