Generation Z, those born in and after 1995, will never know a life without computers, tablets, nor cellphones. They’re 23 million and growing strong. Pew Research Center surveyed teens ages 13 to 17 and found the following:

Do the math. Over 17 million teens are roaming the malls on their cellphones on a daily basis. Taking selfies. Want to engage? Here are three tips for getting on teens’ radars:

1. Mobile First Newsflash: teens are glued to their phones. I asked my 14-year-old cousin what the worst punishment in the world would be. His response? Taking away his phone. Why? It’s their lifeline. Texting, social media, music, gaming. You name it, it’s on mobile. So if you’re a brand that wants to reach this generation, you better have a kick-butt mobile experience.

2. Go Where They Go Facebook and Instagram are among the top social media channels used by Generation Z, and smart brands are taking note. Nike is continuously one of the top brands amongst teens, and it’s not because of their high-quality shoes. From a mobile-friendly website to a hip social media presence, Nike has successful captured the teen audience. Proof: They have an Instagram page dedicated to young athletes. #winning 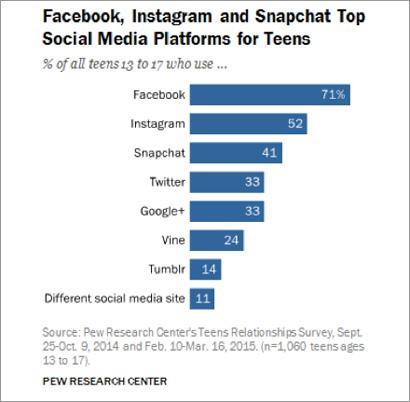 3. Stop Being “Basic” And I don’t mean “simple.” “Mean Girls,” the iconic 2004 teen comedy that grossed over $129 million worldwide, couldn’t make “fetch” happen. We left “cray” back in 2014. Buzzwords are cool for five minutes. Stop trying so hard and let teens have their moment. By using buzzwords, you’re pigeonholing yourself into marketing to a select age group. The general public doesn’t care if your outfit is “on fleek,” and neither should you. Staying true to your brand is valued more than being different for the sake of standing out.

Are teens your target audience? Use these tips to springboard your marketing efforts. If you can tell your story well, through mobile and social media, you’ll be on your way to a successful digital marketing strategy.