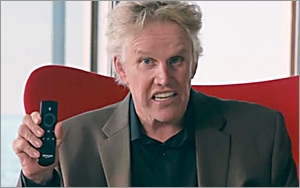 As consumers decide what they want out of their Over-the-Top (OTT) video experience, the industry is seeing some fairly high churn rates. While typical for subscription-based industries, some companies are managing better than others.

“The surprising element for us was Hulu Plus,” says Brett Sappington, director of research at Parks Associates. “To shed a number of subscribers equal to half or more of your current subscriber base is a huge problem.”

Through its Video Market Tracker service, Parks is following the details and trends of more than 75 OTT services available in the U.S. Of those services, many are small and specialized, such as those offering Korean films and programming or catering to a specific genre (like Horror), Sappington says. Among those smaller services, the churn rates are much higher as consumers try them out for a short period of time before deciding to continue.

“I think people cancel different services for different reasons,” Sappington tells Marketing Daily. “The high churn rate for many of these services suggests that consumers are holding onto their Netflix account while experimenting with the wide variety of other video subscription options.”

As all these services move forward, they’re going to have to find ways to retain their customer bases in order to survive, however. Some, like Netflix and Amazon Instant Video, may look to creating buzz-building original programming, while others may want to look at being readily available through the OTT device interface (such as being featured on Roku), Sappington says.

“We’re [also] starting to see a new type of content aggregator” that follows what consumers watch, Sappington says. “We’re just starting to see these services spin up in terms of aggregation.”